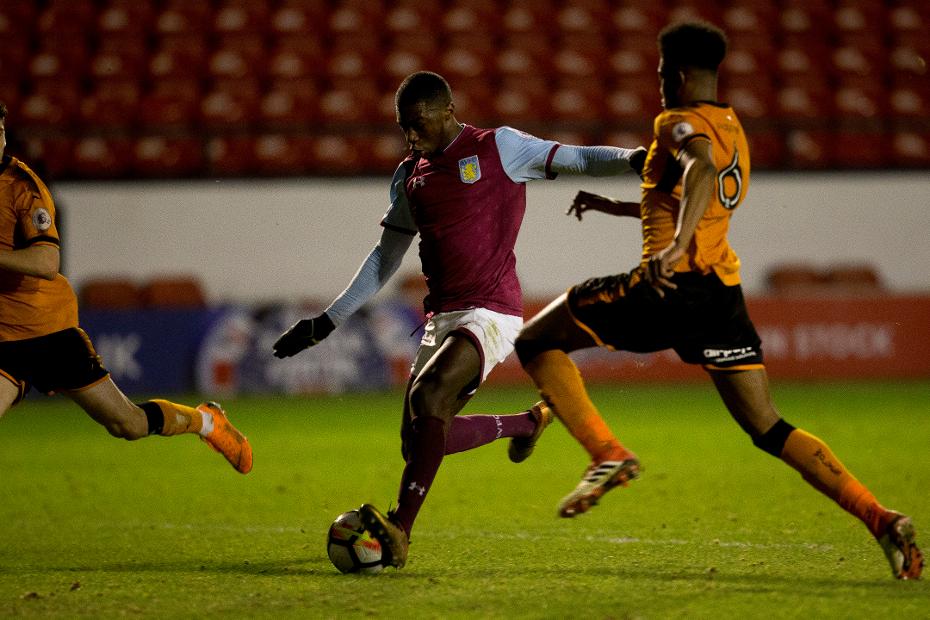 Aston Villa moved to within a point of Division 2 leaders Blackburn Rovers with a 6-1 victory over Wolverhampton Wanderers at Walsall.

Rushian Hepburn-Murphy headed the opener from James Bree's cross and Corey Blackett-Taylor doubled the lead before Jose Xavier pulled one back for Wolves. Blackett-Taylor made it 3-1 on the stroke of half-time.

After the break, goals from Callum O'Hare, and substitutes Harvey Knibbs and Alex Prosser, who each scored with their first touch after coming on, completed the scoring.

Second-placed Villa have played one match more than Blackburn. Wolves drop to ninth.