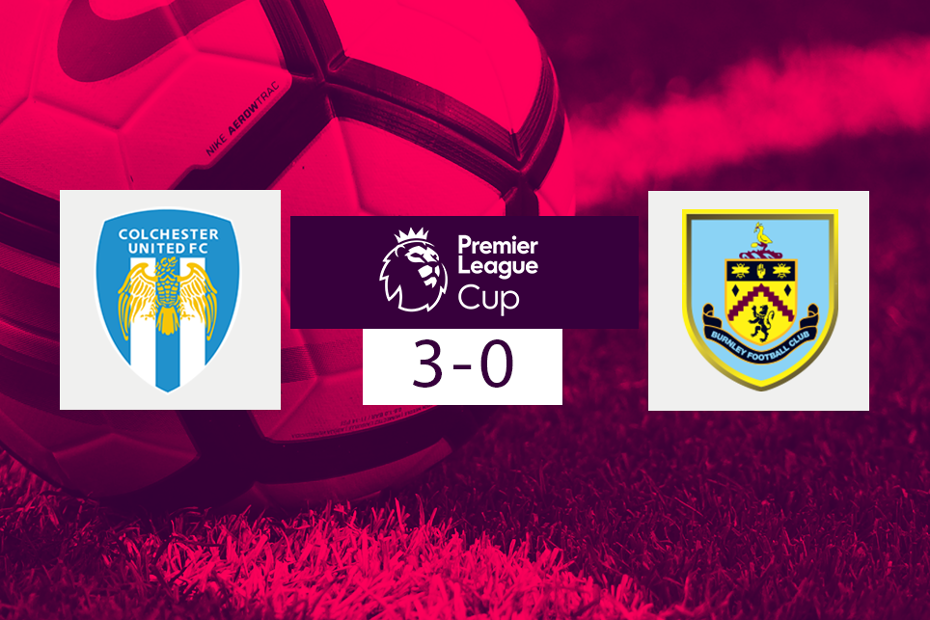 The 19-year-old striker got his first on 34 minutes at the Weston Homes Community Stadium, tapping in from close range.

It was 2-0 to the hosts just after the hour mark when Ben Dickinson powered forward and played in Sheriff, who rounded the goalkeeper for his second.

With eight minutes remaining, Colchester made sure of the win as Diaz Wright scored via the post.

It was a first Group D victory for Colchester who remain bottom, while Burnley are second, level on nine points with Newcastle United having played a match more.