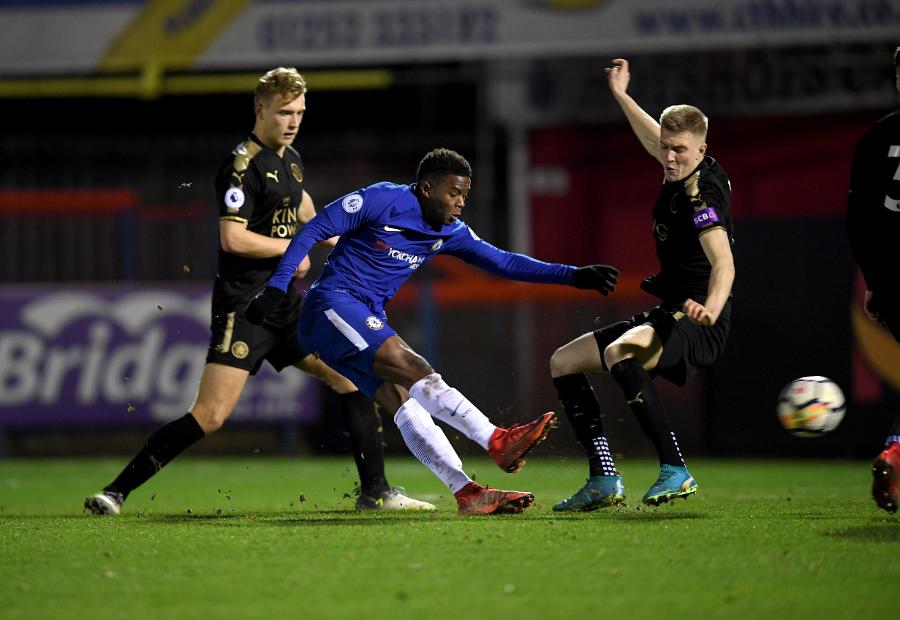 Daishawn Redan's second-half strike earned Chelsea a 1-0 win over Leicester City at Aldershot to deal a blow to their Division 1 title hopes.

Redan, celebrating his 17th birthday, struck with a clinical finish on 52 minutes for his third goal in as many matches.

In their penultimate home match of the season, the Blues had to resist sustained pressure from Leicester, who twice came close.

Foxes striker Josh Gordon hit a post, before Marcin Bulka tipped Hamza Choudhury's audacious effort from the halfway line on to the crossbar.

Chelsea are seventh on 20 points. After being beaten for the first time in 11 matches Leicester are second, three points behind Liverpool on 33 points, having played two matches more.