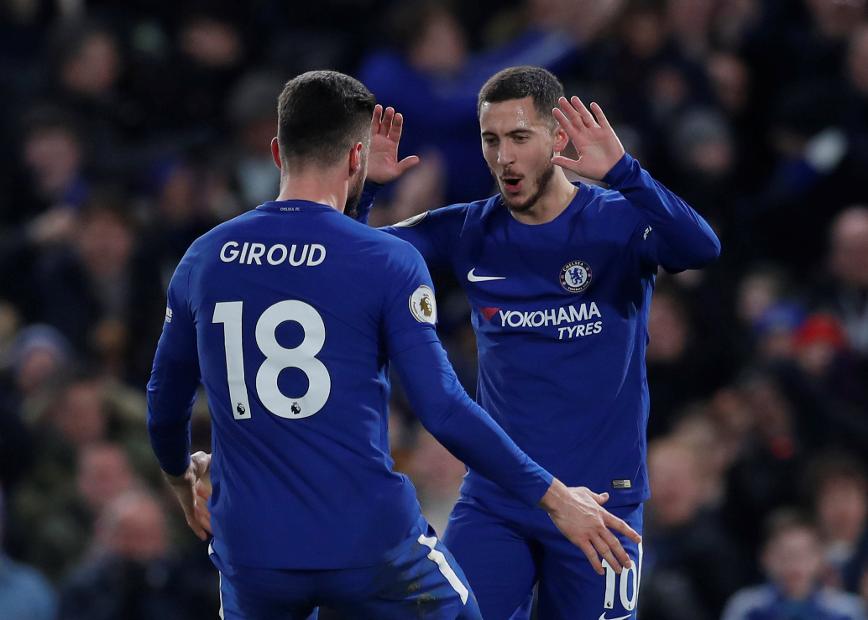 Ben Foster saved brilliantly from Davide Zappacosta and Olivier Giroud before Hazard struck on 25 minutes, with a turn, dribble and one-two with the Frenchman.

At the other end, Thibaut Courtois thwarted Rondon and Jonny Evans headed the ensuing corner narrowly over.

Chelsea took control when Victor Moses started and finished a move with Cesc Fabregas on 63 minutes.

Hazard crowned a fine display by scoring his 11th PL goal of the campaign.