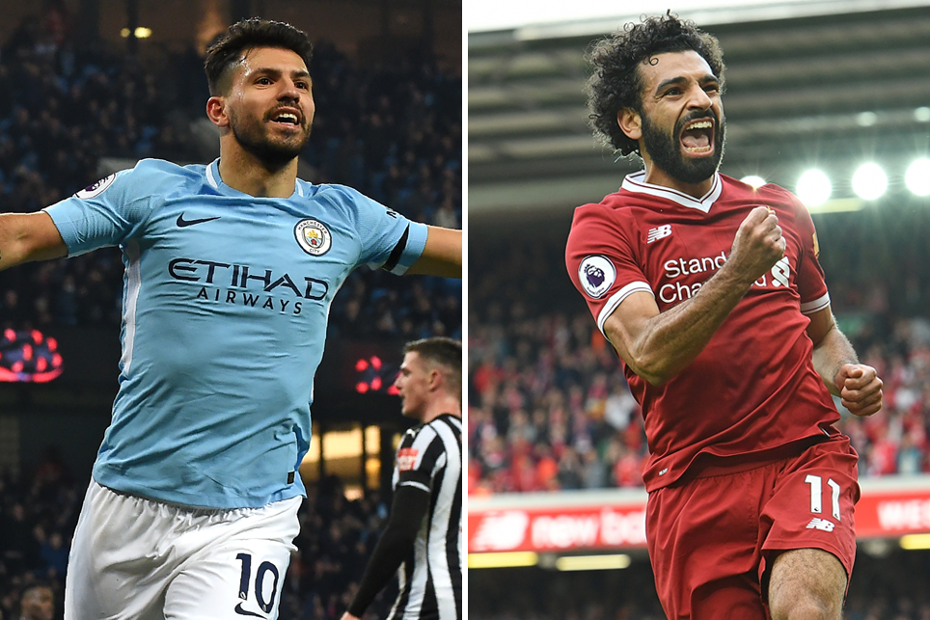 For once, Harry Kane (£13.0m) has to take a back seat in the race for the Fantasy Premier League captaincy.

Even though he is the most-owned and the highest-scoring player in FPL, Salah was last the top captaincy pick in Gameweek 21.

Then, backed by 1.1 million managers, the Liverpool midfielder scored 14 points in a 2-1 victory over Leicester City.

The Egyptian is capable of a repeat performance at Huddersfield Town as he looks to return to the consistent form that has delivered a goal or assist in 12 of his last 14 Gameweek appearances.

However, he has mixed memories of the Terriers.

Salah could be back on spot-kick duty at John Smith's Stadium after Roberto Firmino (£9.2m) missed his penalty in the FA Cup defeat by West Bromwich Albion at the weekend.

Now owned by 26.7% of managers, Aguero will run Salah close.

The Manchester City striker was handed the armband by only 10.3% of FPL bosses for the visit of Newcastle United in Gameweek 24, but his hat-trick claimed 17 FPL points.

He goes into a home fixture with West Brom as the most-bought player ahead of Tuesday's 18:45 GMT deadline.

Over 179,000 managers have signed him after a run of eight goals in seven appearances across all competitions in January.

Kane is in danger of being overlooked after being the most popular choice in five of the previous six Gameweeks.

But with Manchester United the visitors to Wembley Stadium, owners of the Tottenham Hotspur striker might be seeking an alternative.

Kane has scored only once in six Premier League starts against United, although that goal came in last season's corresponding fixture at White Hart Lane.

Also, despite keeping four successive clean sheets, United have conceded 36 shots in the penalty area over those four Gameweeks. No side have allowed more.

The South Korean has been prolific at Wembley Stadium, scoring in seven of the last eight home matches.

Eden Hazard (£10.6m) is another contender managers should consider.

The Chelsea playmaker has three goals in his last three matches in all competitions as he prepares to take on at home an AFC Bournemouth side he has enjoyed facing.

He has found the net in each of his last four Premier League meetings against the Cherries, producing five goals.

Also among the Chelsea team, FPL managers should not overlook Marcos Alonso (£7.3m) as a differential for the captaincy.

The top-scoring defender in FPL has supplied 42 points in his last four Stamford Bridge appearances.

Alonso has scored at least six points in his previous eight Gameweek outings and is in good form, providing a goal and an assist in Sunday’s FA Cup win over Newcastle United at the Bridge.