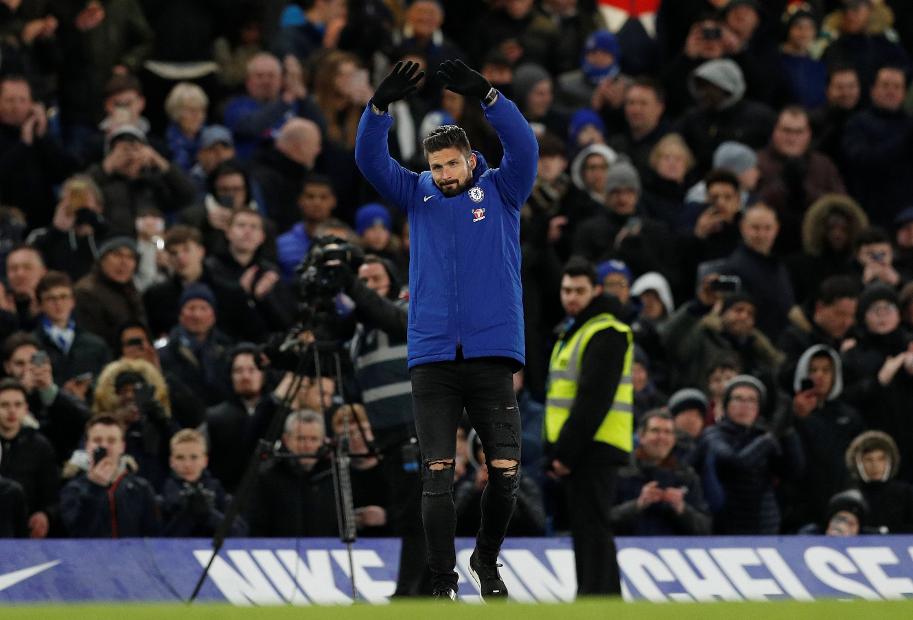 Ndong | “A Very Good Club For Me” External Link

Watford will make a late test on Tom Cleverley (hamstring). Heurelho Gomes (back), Craig Cathcart (knee) and Younes Kaboul (foot) are not ready to return, while new loan signing Didier Ndong is suspended.

Chelsea have confirmed Alvaro Morata (back) and Andreas Christensen (hamstring) will miss the trip to Vicarage Road. January signings Olivier Giroud and Emerson Palmieri will both be assessed.

This will be both Watford and Chelsea's first match on a Monday since they played out a 4-3 thriller in May last year, won by Chelsea at Stamford Bridge.

Chelsea have scored a league-high 13 headed goals this season while, since his Premier League debut in August 2012, Olivier Giroud has scored the most headers in the competition (27).

Giroud has started only one PL match this season (against West Ham in December). Seven of his last nine goals in the competition have been as a substitute, including each of the last four.

Watford have 27 points after 25 matches. They had more points at this stage in the last two seasons.

See: Ndong: A very good club for me

Antonio Conte: "The only thing I can tell you is that I have 18 months left on my contract at Chelsea and my will and my desire is to stay here and continue my work."