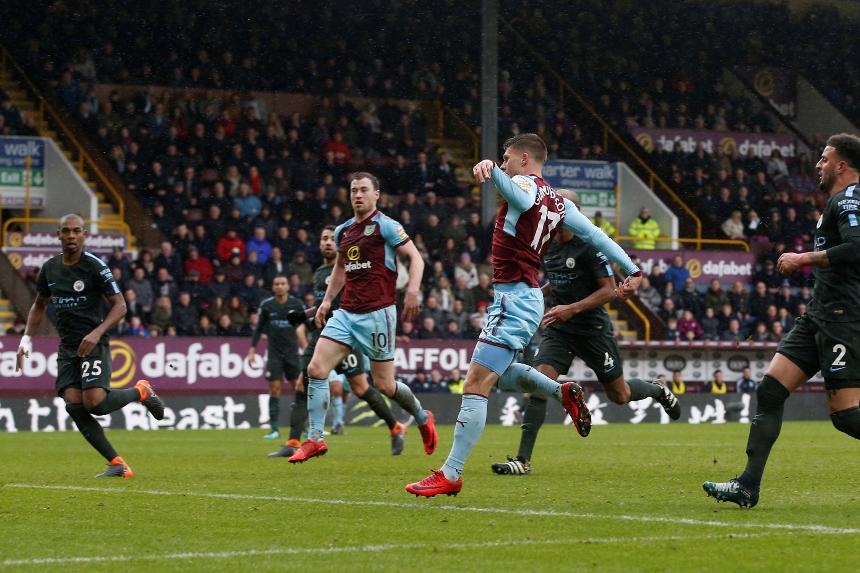 City took the lead from a short corner when Danilo curled a sumptuous 25-yard shot past Nick Pope on 22 minutes.

Burnley almost levelled when Ben Mee headed wide in the first half and, on 69 minutes, Ederson spectacularly tipped Aaron Lennon’s drive on to the bar.

City might have been out of sight had Raheem Sterling not shot wide from two yards out, but Burnley took full advantage with eight minutes remaining, Gudmundsson meeting Matt Lowton’s cross.

After dropping points for the second time in four matches the draw sent Man City 16 points clear at the top ahead of the day's other matches.

Burnley lie seventh with 36 points, ahead of the day's remaining matches.