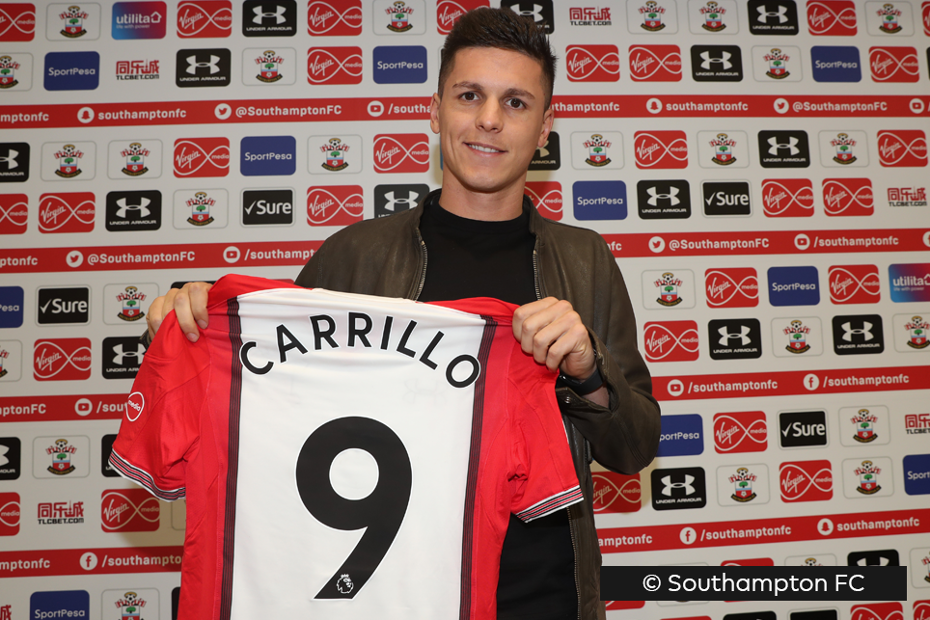 Target man can provide new source of goals for Southampton and FPL managers, says The Scout

Southampton's club-record signing is reunited with Mauricio Pellegrino, having played under the Saints manager at Estudiantes in their native Argentina.

Carrillo struggled to cement a starting role at Monaco. He has started seven matches in the past two seasons, making 33 appearances in all.

Yet the target man has still produced 11 goals in his Ligue 1 career.

Seven of those strikes were headed efforts, meaning Carrillo will add a new dimension to the Southampton attack.

Pellegrino’s side have produced a steady supply from wide areas, particularly from full-backs Ryan Bertrand (£5.3m) and Cedric Soares (£4.7m).

Saints rank fifth for successful crosses this season, with 104.

That has helped them record 49 headed shots, though just 11 of those attempts have been on target. Only Huddersfield Town have fewer with eight.

Southampton’s 22.4% accuracy rate for headed shots is the lowest in the Premier League.

But that could improve markedly with Carrillo on board.

With Saints slipping to third from bottom in the table, Carrillo’s impact will now be vital ahead of an improving schedule.

Five of Southampton’s next seven opponents score only two in the Fixture Difficulty Rankings (FDR).

If Carrillo can convert Southampton’s service from the flanks over those matches, he may quickly become a target for FPL managers.

If Carrillo can convert Southampton’s service from the flanks over those matches, he may quickly become a target for FPL managers.