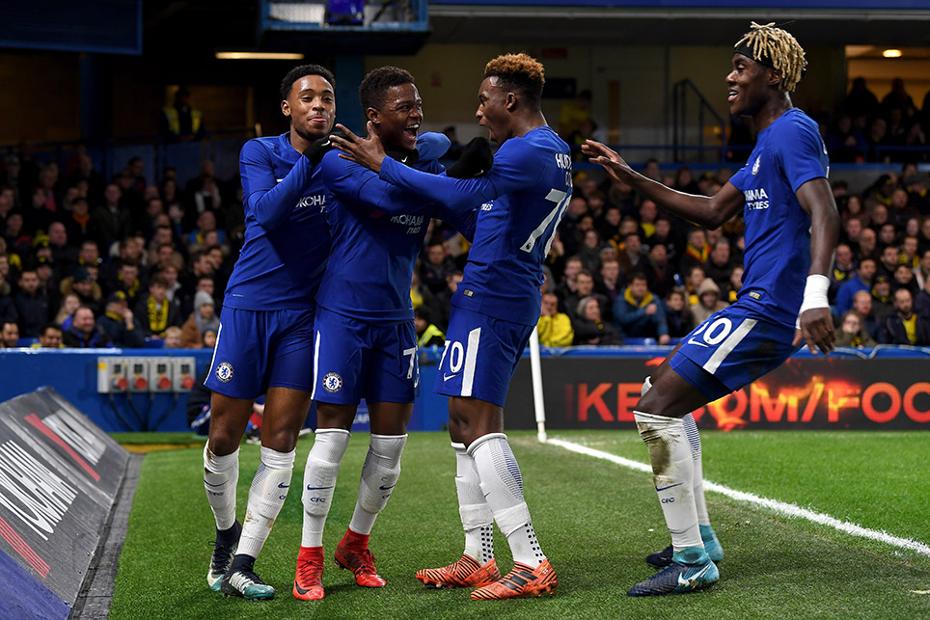 Chelsea are one match away from a Wembley Stadium final after beating Oxford United 3-0 to become the first Category One Academy side to reach the last four in the Checkatrade Trophy.

A youthful Under-21 team, including eight starters aged 18 or younger, took a 2-0 lead in the opening 16 minutes against their League One opponents, with Callum Hudson-Odoi pivotal in both goals as Harvey St Clair and Daishawn Redan found the net.

Sixteen Under-21 sides have been competing against 48 senior League One and League Two sides in the competition since the 2016/17 season, giving Academy youngsters experience of senior football alongside the Professional Development Phase programme at Under-23 level.