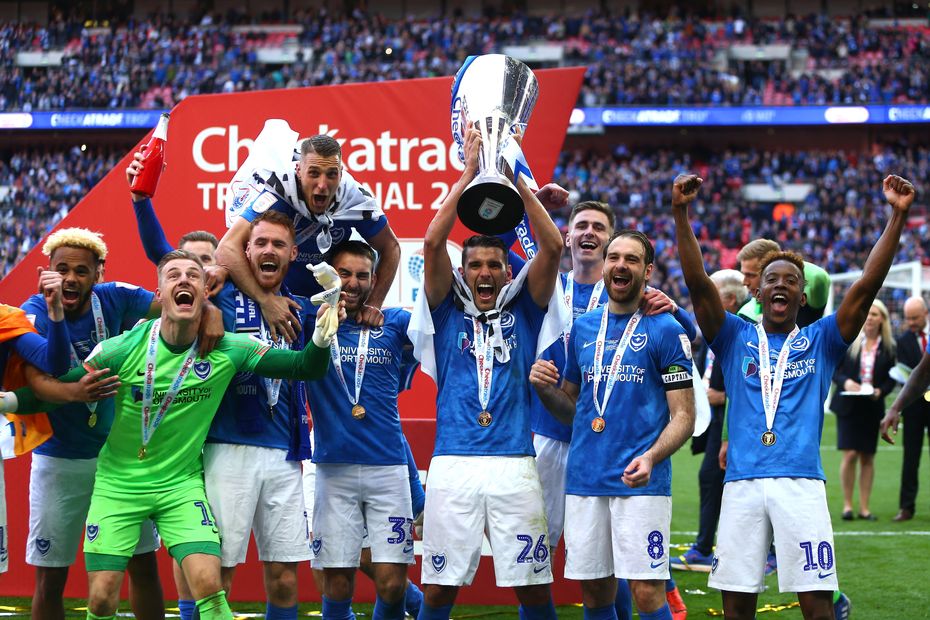 The EFL Trophy is a knockout competition for clubs playing in League One and League Two and which has featured Academy teams from Premier League Category One clubs since 2016/17.

In 2016/17 there was a one-season trial proved successful. The competition features a total of 64 teams, made up of EFL League One and Two clubs, as well as 16 Category One Premier League academy sides.

The teams are split into 16 regional groups of four teams, of which the top two will progress to the knockout stages, with the final staged at Wembley Stadium.

- Academy sides will play all group matches away from home

- Clubs will be awarded three points for a win and one point for a draw, but in the event of a draw after 90 minutes, a penalty shootout will be played for an additional point

- The top two teams qualify for the knockout rounds, which are regionalised until the quarter-finals

Coventry City won the 2016/17 competition, having beaten Oxford United 2-1 in front of a competition record crowd of 74,434 fans at Wembley Stadium.

Lincoln City won it in 2017/18 after beating Chelsea on penalties in the semi-finals before claiming a 1-0 victory over Shrewsbury Town in the final.

Portsmouth claimed the trophy in 2018/19, having beaten Sunderland in the final.