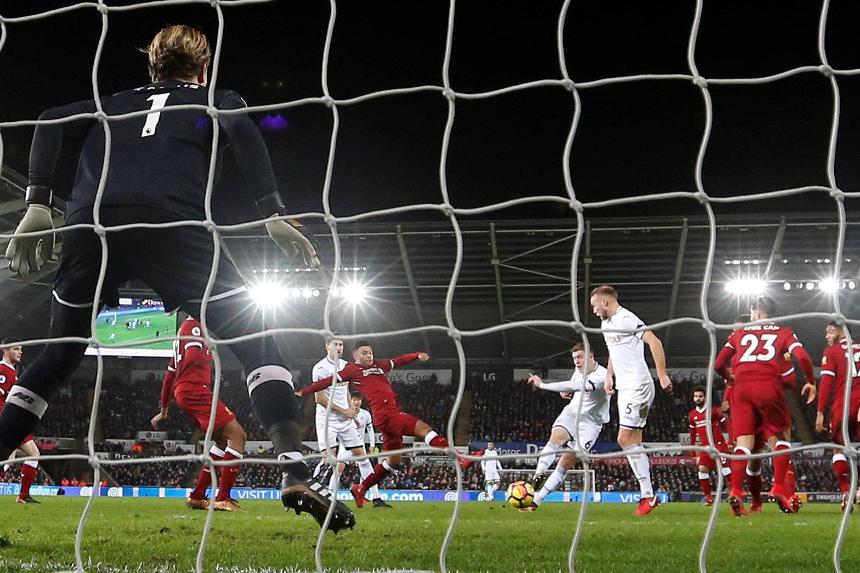 Bottom-of-the-table Swansea City boosted their hopes of staying up with a 1-0 victory over Liverpool at Liberty Stadium.

In the first half, Virgil van Dijk headed just wide on his PL debut for Liverpool.

Mawson capitalised five minutes before the break when a corner ricocheted off team-mate Federico Fernandez.

Goalkeeper Lukasz Fabianski then superbly saved a Mohamed Salah free-kick before Roberto Firmino headed against the post and substitute Adam Lallana could not convert the rebound in a frantic final minute.

Carlos Carvalhal's Swansea moved to within three points of safety. Liverpool remain fourth, three points behind Chelsea and two ahead of Tottenham Hotspur.