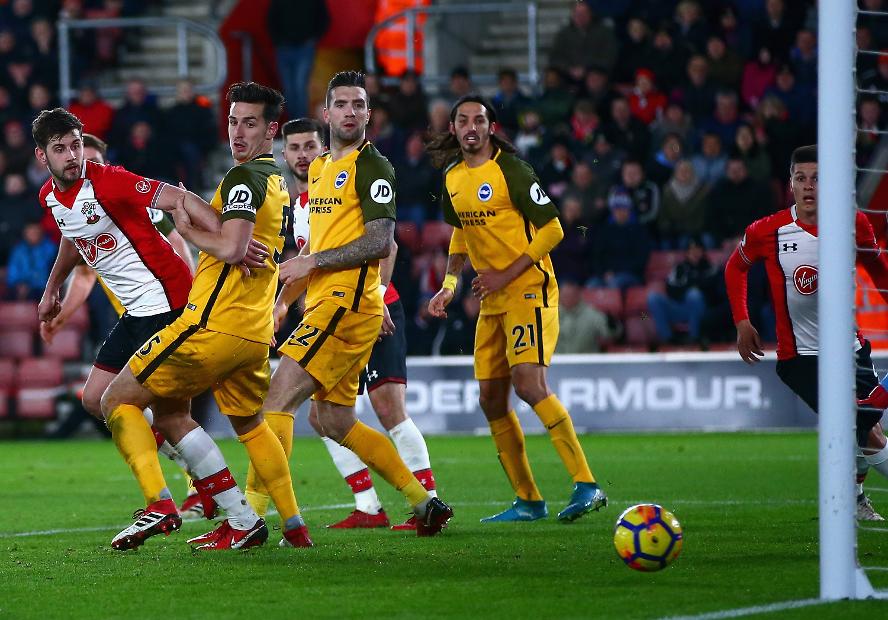 Jack Stephens’ second-half equaliser rescued a point for Southampton as they drew 1-1 with Brighton & Hove Albion.

Brighton made an early breakthrough when Solly March was fouled by Wesley Hoedt and Glenn Murray converted the 14th-minute penalty for his seventh Premier League goal of the season.

But they did on 64 minutes as James Ward-Prowse’s free-kick found Stephens, who backheeled the ball in.

Hojbjerg was denied by Ryan as Southampton sought a winner to lift them out of the bottom three.

They are without a win in 12 matches and remain 18th on 23 points, with Brighton three places and a point above in 15th.