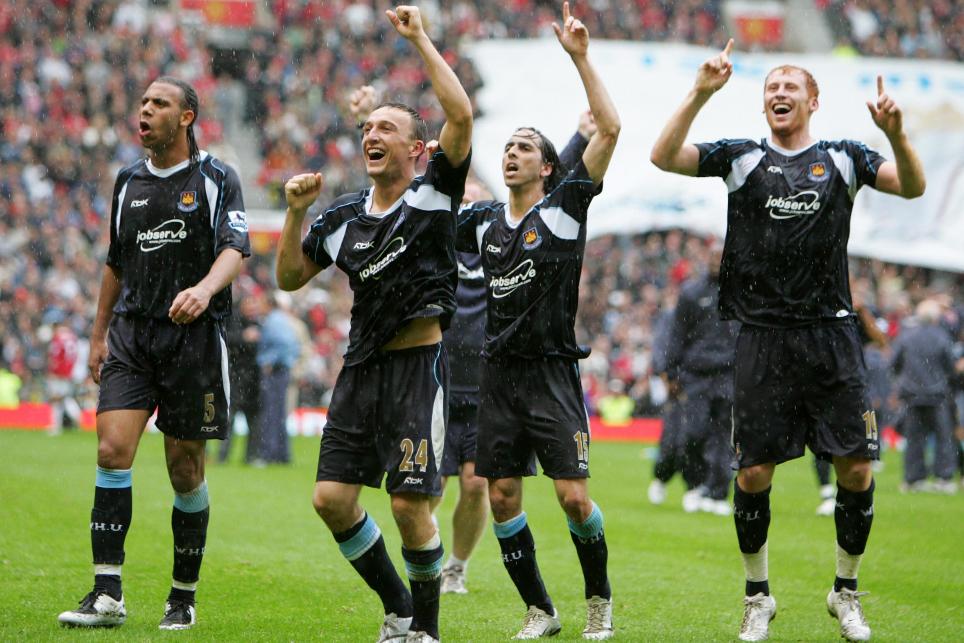 The midfielder has made 223 PL appearances for the Hammers, only failing to beat the drop once, in the 2010/11 campaign.

Prior to that, he featured in one of the most remarkable escapes the league has witnessed in 2006/07.

"I've been in so many relegation scraps with this club but that one stands out as one of the most exciting ones," Noble said.

With nine matches remaining, West Ham were rooted to the foot of the table and 10 points adrift of fourth-bottom Wigan Athletic, on the back of a stoppage-time 4-3 defeat to Tottenham Hotspur – a contest they had led 3-2 with five minutes to play.

Carlos Tevez scored his first goal for the club in that defeat and Alan Curbishley's team were subsequently inspired by the Argentina forward, who scored five times in the next eight matches.

West Ham won six and lost two of those matches and their turnaround meant a point at Old Trafford against champions Manchester United would secure their Premier League status.

"We felt the pressure - you lose that game and you could get relegated, simple as," Noble said. "That would have changed a lot of people's careers, the paths they went on."

As it was, Tevez ensured West Ham kept their destiny in their own hands by scoring a solo goal on the stroke of half-time that sealed a 1-0 win.

Curbishley's men were forced to defend doggedly in order to see off relentless Man Utd pressure and Noble accepts that fortune smiled upon them.

"We had a bit of luck that day - I think we had about four goalline clearances - but that's the way it was going for us," he said. "It just seemed like everything had clicked and everyone was playing the best football they'd played. It started to become enjoyable, the pressure to win and stay up.

"We rode the crest of the wave, got a goal with Carlos and just defended."

Sir Alex Ferguson's team selection had one eye on the FA Cup final against Chelsea that was six days away, although he sent for the cavalry with half an hour to play.

"[Ryan] Giggs, [Paul] Scholes and [Cristiano] Ronaldo were on the bench,” Noble said. “I know they came on at 60 minutes and that made life a bit harder."

But Hammers goalkeeper Rob Green and his team-mates kept out that all-star cast to spark scenes of jubilation at the final whistle.

"To beat Manchester United at Old Trafford 1-0 was one of the memories I'll never forget," Noble said. "When the final whistle went it was one of, if not the best, moments I've had at the club."

"The Premier League is the best league to play in and you don't want to get relegated. You have to find out how to win games, whether you win them ugly.

"When you start the next season and you get Manchester United away or home everyone forgets how bad you played last season because you're still in the Premier League."