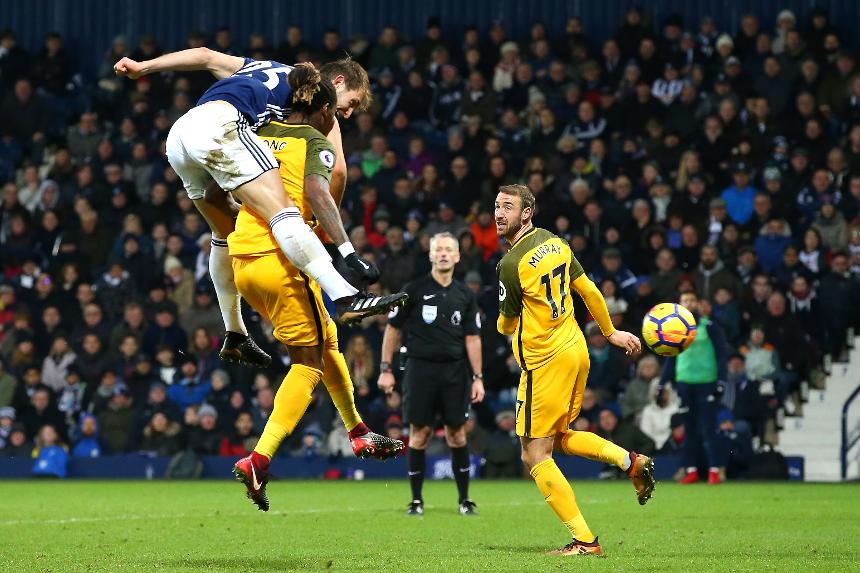 West Bromwich Albion ended their 20-match unbeaten run in the Premier League with a 2-0 win over Brighton & Hove Albion at The Hawthorns.

The hosts took the lead after four minutes when Jay Rodriguez flicked on Matt Phillips’s corner and Jonny Evans converted a far-post header.

West Brom might have been two goals up when Craig Dawson played a one-two with Salomon Rondon only to be denied by Mat Ryan.

But Dawson got on the scoresheet 10 minutes after half-time with another header from a corner, this time Chris Brunt’s, to earn West Brom their first victory since a 1-0 win at Burnley on 19 August.

The Baggies remain 19th but are within two points behind 16th-placed Southampton. Brighton are 15th.