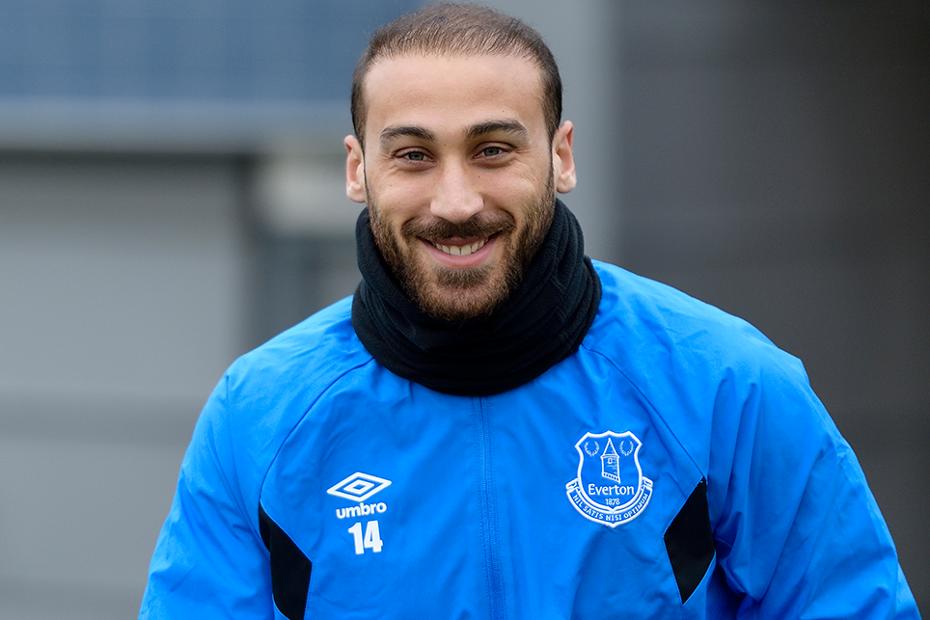 'I Will Run Until I Drop For Everton', Vows Tosun External Link

If Cenk Tosun makes his debut for Everton against Tottenham Hotspur on Saturday, he is likely to be lining up against the player he closely resembles.

The 26-year-old striker, who signed from Besiktas last week, has been described by two Turkish football experts as very similar to Harry Kane.

“He is so much alike to Kane,” says Ugur Meleke a pundit on the Premier League for S Sport, the League’s exclusive broadcaster in Turkey.

“He uses both feet very well, he is good in the air, and is both a playmaker and a striker, like a No 9 and a half,” he says.

“He is not as big a player as Kane yet but he has the potential to be.”

“He is not a classical striker, not a No 9 who doesn't move,” Altinsay says. “He is quick in the box but he goes for the ball, not only in wide areas but in the build-up of attacks.

“He is also effective at not just scoring but providing assists as well. He is quick, his shots are powerful and well directed. He can shoot while dribbling and goes for headers.”

As to whether he can hit the ground running in the Premier League Altinsay expresses some caution.

“He is joining in the middle of the season and so there is no time to adapt so perhaps it will be best to judge him next season,” he says. “The good thing is that Everton need such a forward so he will likely get regular matches so he can pick up where he left off in Besiktas.”

Meleke is confident that Tosun's personality will allow him to adapt quickly and he can emulate the success of past counterparts in the Premier League, such Tugay Kerimoglu, who starred for Blackburn Rovers.

“Tugay is a good friend and he has a big heart and a big character,” Meleke says. “He was our national hero in the Premier League.

“It will be hard to be as successful as Tugay but Cenk has a big heart too, a big character.”

Tosun's signing restores the presence of a Turkey international in the Premier League, whose popularity is already getting closer to that of the domestic Super Lig, according to Altinsay.

Meleke believes that the benefits of Tosun's arrival will be felt by the Premier League and especially Everton.

“You can see lots of boys here wearing Kevin De Bruyne shirts or Romelu Lukaku shirts in Turkey,” he says. “And now there will be 70 million more fans for Everton! Every Turkish will love Everton from now on!”