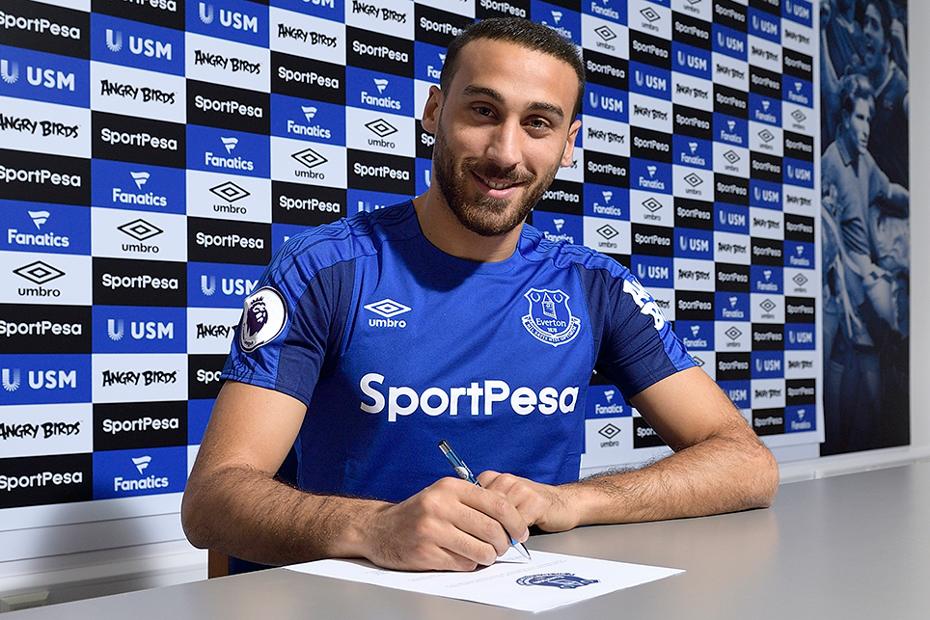 'I Will Run Until I Drop For Everton', Vows Tosun External Link

Only two points separate the top three teams in our "Clash Across the Pond" Fantasy Premier League Draft league.

The head-to-head battle between UK and US Fantasy pundits shows Neal Thurman (US), Paul McKinnon (UK) and Steve Rothgeb (US) fighting at the summit.

Back in fourth, Mark Sutherns (UK) gives chase some 10 points off the lead.

He is now banking on a new January signing to help boost his efforts to make up ground.

The injury to Gabriel Jesus has left me desperate for new signings in attack.

With the Manchester City striker possibly ruled out until mid-February, I need to find a new solution.

Cenk Tosun could be the answer.

Everton's signing is the first new forward to arrive in the free agent pool and is now available to FPL Draft managers.

I have to make my move.

With Zlatan Ibrahimovic also sidelined, I am left with Jamie Vardy as my only available striker, and he is also struggling with a knock.

He has already scored 14 goals in 24 outings for Besiktas this season, and that includes four goals in the UEFA Champions League.

With 24 goals in only 32 starts last term, Tosun appears equipped to offer Everton and his Draft managers a new cutting edge.

My waiver request is in but, as I sit fourth in the table, there is every chance I will miss out.

Managers in the lower half of the table get priority on their waivers.

This means that players like Tosun can now turn Draft leagues on their heads.

If you are currently struggling to make up ground, use your advantage in the waiver market to strengthen.

Tosun could be just one of several new forwards to land in the game and if they can settle quickly, the Draft season could be set for a dramatic twist.