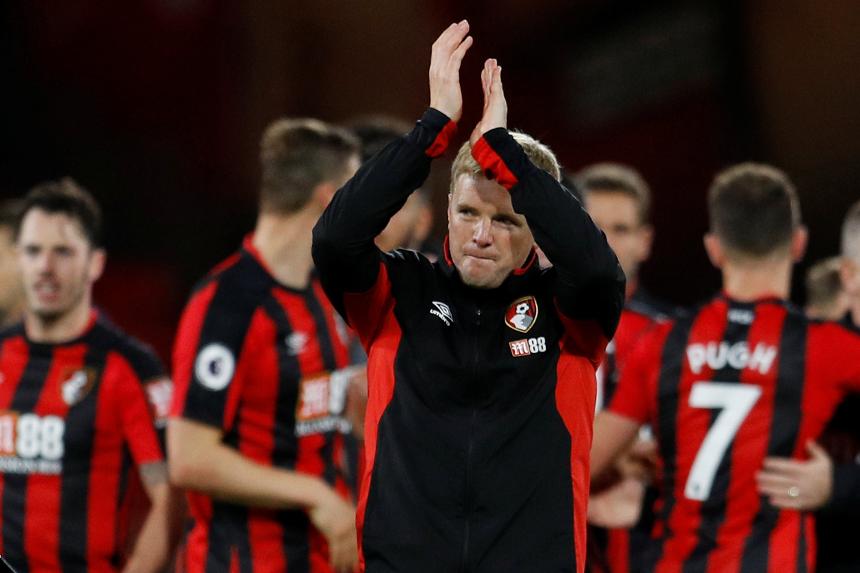 Chicharito has recovered from flu and Cheikhou Kouyate (knock) is back.

Junior Stanislas (thigh) and Joshua King (thigh) are back in training and could return for AFC Bournemouth, while Tyrone Mings (back) and Jermain Defoe (foot) are out.

The five previous Premier League meetings between these teams have had 23 goals, at an average of 4.6 per match. This is the highest average for any fixture to have been played at least five times.

West Ham can win back-to-back PL matches for the first time in 364 days, when they beat Crystal Palace and Middlesbrough.

This will be Eddie Howe’s 100th PL match as a manager. At 40 years and 52 days he will be the third-youngest English manager to reach this milestone after Glenn Hoddle (38y 36d) and Gareth Southgate (38y 150d).

David Moyes: "I think what we've got at the moment is momentum. The game against Huddersfield shows we've improved, and we're looking for more again."

Eddie Howe: "To have our 100th Premier League game is a great achievement, but the most important thing will be winning the game."

See: Howe on King and Stanislas