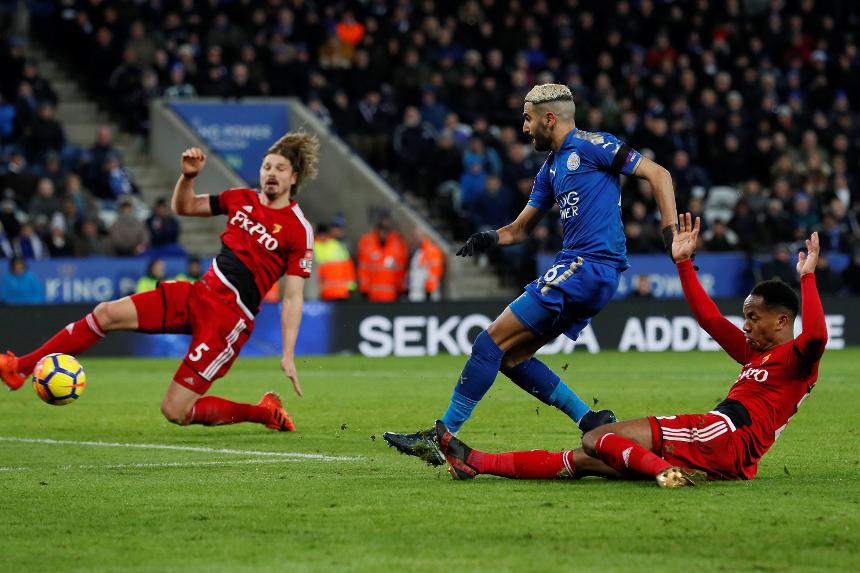 Jamie Vardy and Riyad Mahrez struck as Leicester City moved up to seventh place with a 2-0 victory over Watford at King Power Stadium.

Both teams had a number of chances in the opening stages as Vardy and Watford's Abdoulaye Doucoure had efforts well saved.

Vardy was fouled in the penalty area by Molla Wague and picked himself up to convert the 39th-minute spot-kick.

Wilfred Ndidi had two efforts blocked in the second half, but Mahrez secured the three points in stoppage time, having been found by Adrien Silva.

It was Mahrez's fifth goal in as many successive PL matches against the Hornets.