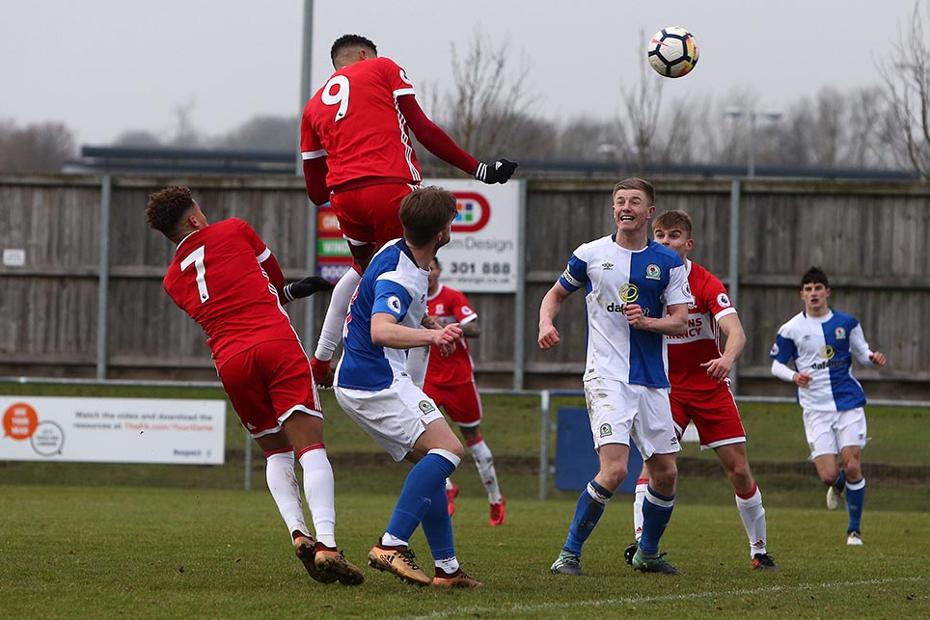 Ashley Fletcher helped Middlesbrough to move to the top of Division 2 on goal difference as they drew 3-3 with title rivals Blackburn Rovers at Heritage Park.

Boro striker Fletcher opened the scoring with a low, curling strike on 10 minutes.

But Callum Wright and Daniel Butterworth gave Blackburn a 2-1 lead going into half-time.

Marvin Johnson made it 2-2 from a narrow angle, Scott Wharton headed Rovers back into the lead before Fletcher struck again on 62 minutes.

Middlesbrough are above second-placed Reading on goal difference, with a match in hand, while Rovers are in third, two points behind Boro having played one match fewer.