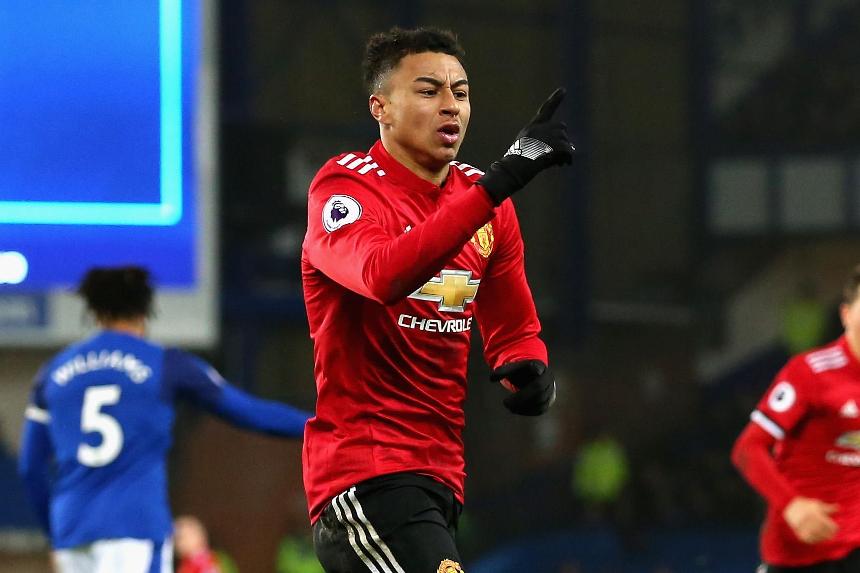 His superb strike at Goodison Park in Manchester United's 2-0 win over Everton has sparked a flurry of transfer activity, making Lingard the most-signed player ahead of Gameweek 23.

Recently deployed as a No 10, the switch to the left flank against the Toffees failed to quell his attacking instincts.

The midfielder produced five shots on goal and was only denied a bigger score by a sprawling save from Everton goalkeeper Jordan Pickford (£4.9m).

Only Mohamed Salah (£10.1m) - the top-scoring player in the game - can better his points tally since Gameweek 14.

Significantly, Salah is also the only FPL midfielder to match Lingard's 13 shots on target in that time, a total bettered only by striker Harry Kane (£12.8m and 17).

Over that same period, Lingard has fired more shots (23) than any team-mate and is placed second only to Juan Mata (£6.8m) for chances created (11 to 15).

It has meant he has scored or assisted 53% of Man Utd's goals over the last nine matches.

Signed by more than 47,000 since Monday's display, Lingard has already risen in price to £6.2m.

But that is a modest fee for a midfield option who is producing the consistency and underlying statistics to suggest he has staying power.

Stoke City are Man Utd's next opponents. They visit Old Trafford in Gameweek 23 having conceded 47 goals and 27 away from home - more than any other side on both counts.

That only compounds Lingard's appeal as a bargain midfield option capable of outperforming premium-priced rivals.