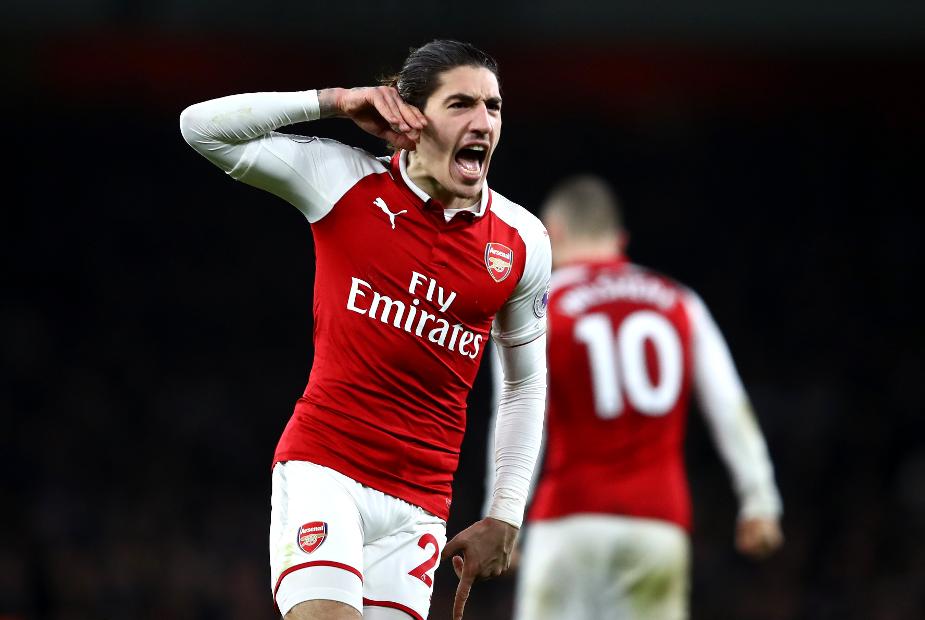 Bellerin: I'm proud of how we reacted External Link

Alvaro Morata sidefooted wide for the Blues on 13 minutes when clean through, while Alexis Sanchez's shot hit both posts after a wonderful intervention by Thibaut Courtois, who also turned Alexandre Lacazette’s effort wide.

Cesc Fabregas fired over and Mesut Ozil wide before Petr Cech’s double-save from Eden Hazard and Marcos Alonso on 50 minutes.

Jack Wilshere opened the scoring with his first goal since May 2015 when he reacted first to Rob Holding’s deflected through-ball, but Hazard converted a penalty four minutes later after being felled by Bellerin.

Morata and Zappacosta almost won it for the visitors as both sides settled for a point each.