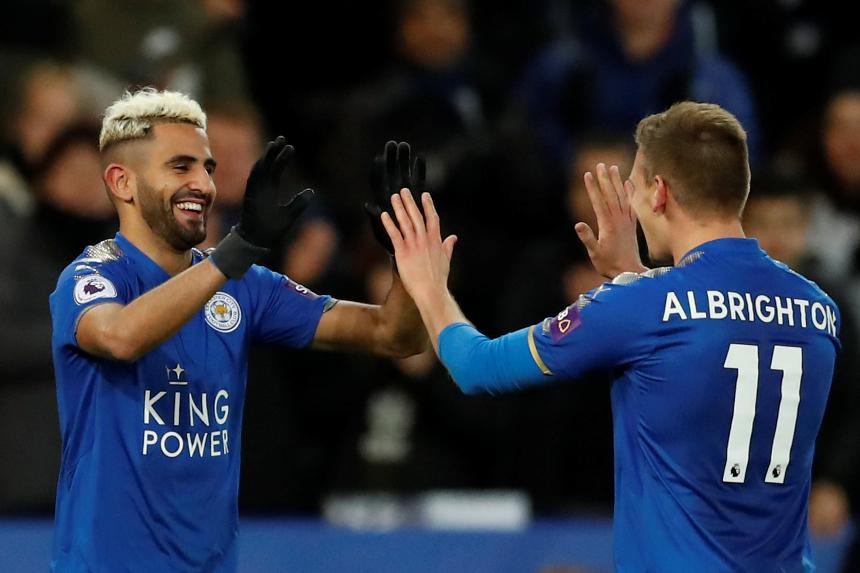 After a quiet first half Mahrez opened the scoring on 53 minutes with an exquisite volley from Albrighton's cross, the Algerian's seventh goal of the campaign.

Moments later Shinji Okazaki thought he had made it 2-0 but the Japanese was adjudged to have fouled Tommy Smith.

On the hour, Slimani, starting in place of the injured Jamie Vardy, doubled the lead with a chipped finish over Jonas Lossl.

And Leicester, who gave a late debut to summer signing Adrien Silva, completed the scoring in stoppage time with Albrighton tapping in a deflected Demarai Gray cross.

The Foxes remain in eighth, three places and six points ahead of Huddersfield.