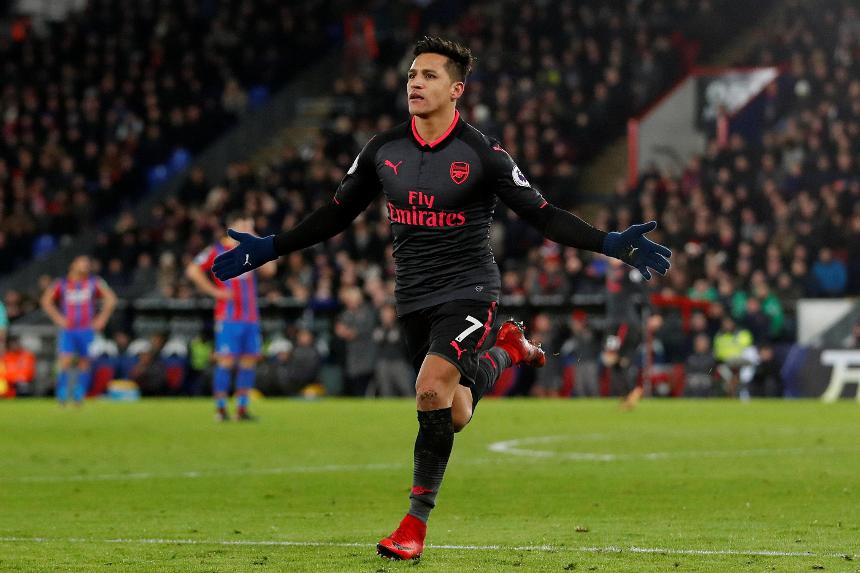 The Gunners took the lead on 25 minutes when Shkodran Mustafi tucked the ball in at the back post before Palace replied just after the break with Andros Townsend's smart finish.

The visitors responded with two goals from Sanchez.

The first arrived when the Chilean smashed the ball just inside the near post on 62 minutes with the second coming four minutes later after he latched on to Jack Wilshere's superb ball over the top.

Palace set up a grandstand finish when James Tomkins headed in Townsend's corner with a minute to go but Arsenal hung on to claim their second win in three league matches.

Arsenal remain sixth, level on points with fifth-placed Spurs, while Palace are in 16th after their first defeat in nine matches.