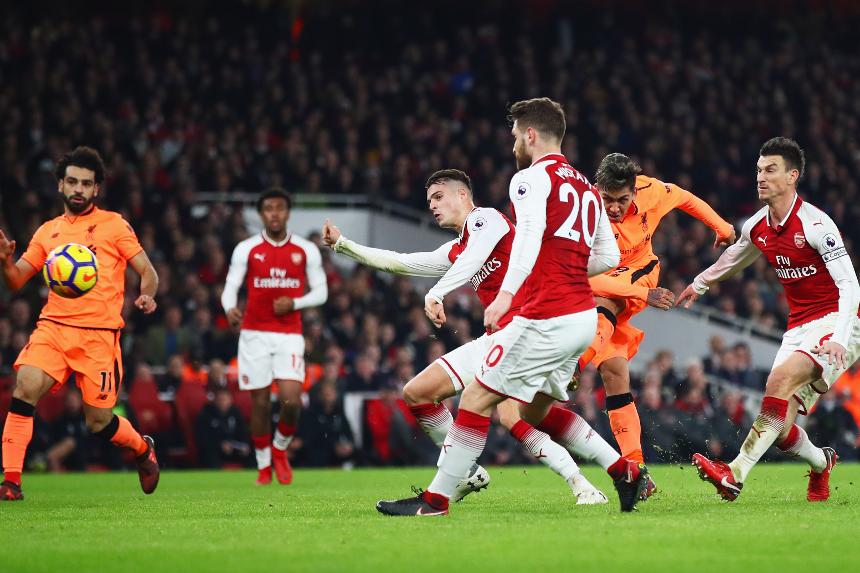 Arsenal and Liverpool shared six goals in one of the matches of the Premier League season at Emirates Stadium.

Liverpool were 2-0 up after 52 minutes but Arsenal scored three times in five minutes to complete a spectacular turnaround, before Roberto Firmino claimed a 3-3 draw.

Philippe Coutinho had opened the scoring with his first PL headed goal on his 150th appearance.

The competition's top scorer, Mohamed Salah, doubled the lead with his 15th of the campaign just after half-time.

Then, in an amazing spell for the hosts, an Alexis Sanchez header, a Granit Xhaka smash and a Mesut Ozil dink put Arsenal ahead with half an hour to play.

But fourth-placed Liverpool ensured they stayed ahead of the Gunners when Firmino fired an equaliser on 71 minutes as the festive fixtures began with a bang.