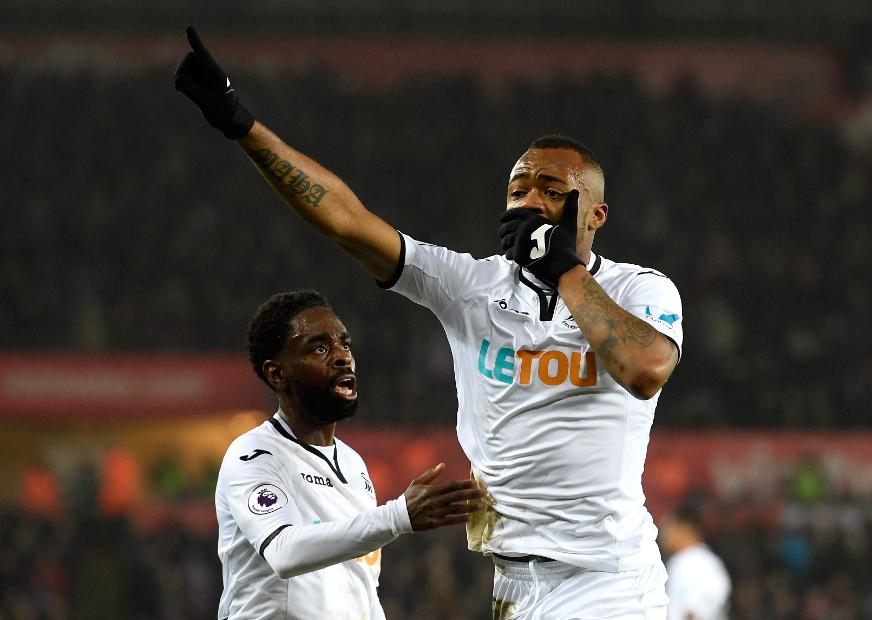 'I am proud of the players' External Link

After a goalless first half, Luka Milivojevic put the Eagles ahead from the penalty spot on 59 minutes after Federico Fernandez's foul on Ruben Loftus-Cheek.

On 77 minutes, Ayew struck a fierce shot past Julian Speroni for his first goal since August to make it 1-1.

Wilfried Zaha had a late chance to win it for the visitors but it ended all square as Swansea stay bottom of the Premier League table, with Crystal Palace 16th.