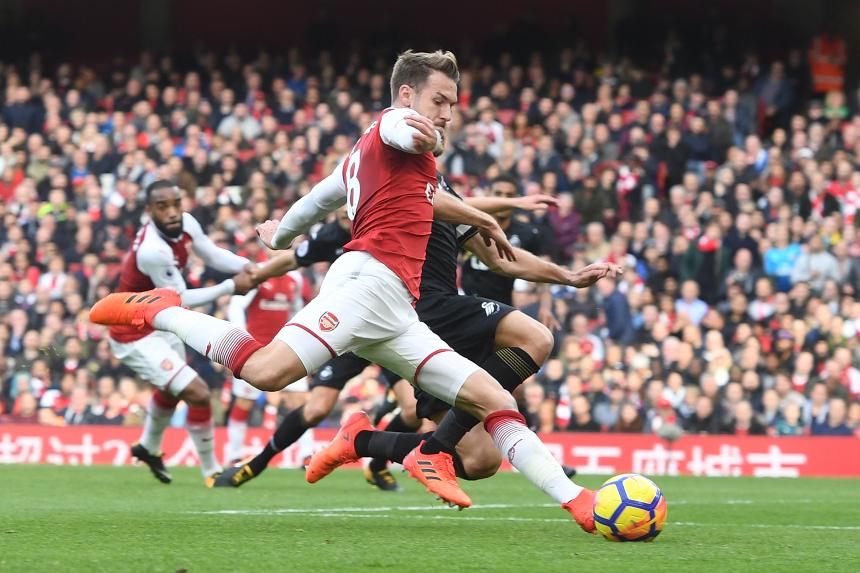 The latest on Giroud and Coquelin’s injuries External Link

Arsenal will be without Olivier Giroud and Aaron Ramsey (both hamstring).

The Gunners are hopeful Francis Coquelin will shake off a knock and Shkodran Mustafi (hamstring) also returns.

Alberto Moreno (ankle) is out for Liverpool, while Joel Matip (muscular) and Daniel Sturridge (hamstring/illness) are doubtful.

But Adam Lallana is back to full fitness and Emre Can is available after suspension.

Liverpool have scored at least three goals in each of their four Premier League matches against Arsenal under Jurgen Klopp, netting 14 in total (W3 D1).

This fixture has had more goals scored in the 90th minute or later than any other in the Premier League (17).

Arsenal's Petr Cech is one away from becoming the first goalkeeper in PL history to reach 200 clean sheets.

Sadio Mane can become only the fifth player to score in four consecutive PL appearances against Arsenal, after Tomasz Radzinski and Peter Beardsley (four in a row) and Jimmy Floyd Hasselbaink and Harry Kane (five).

Arsene Wenger: "Everybody is taking points from all the other teams so these games [between the top-six sides] have become absolutely more important."

Jurgen Klopp: "They can switch and change styles; quite often they played a lot of long balls with Giroud, but he cannot play and that will change a few things maybe, but they are able to create."

See: Latest on Matip and Moreno