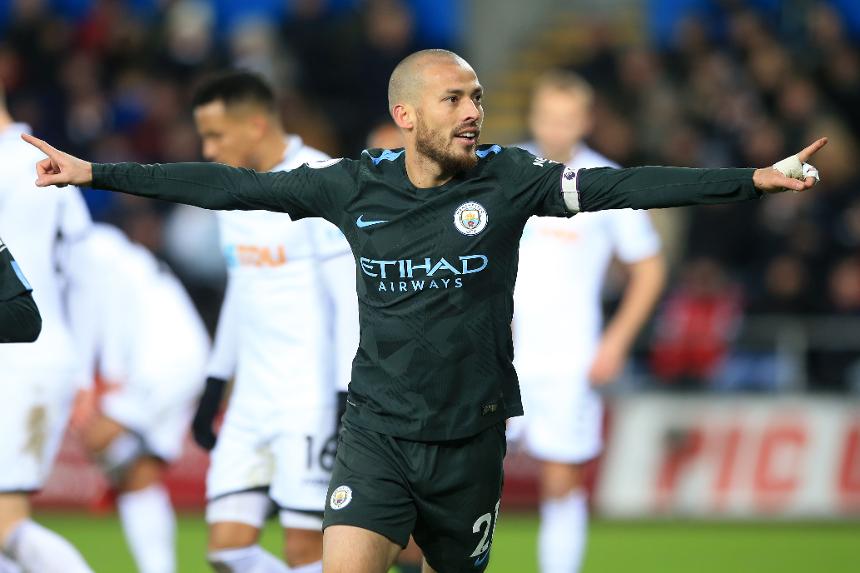 Silva flicked in the opener on 27 minutes and eight minutes later Kevin De Bruyne surprised Lukasz Fabianksi with a curling free-kick that found its way through a crowded penalty area.

Sergio Aguero was denied by Fabianski, before Silva netted his second with a clever chip.

City remain 11 points clear of Manchester United at the top. Swansea are bottom on 12 points.