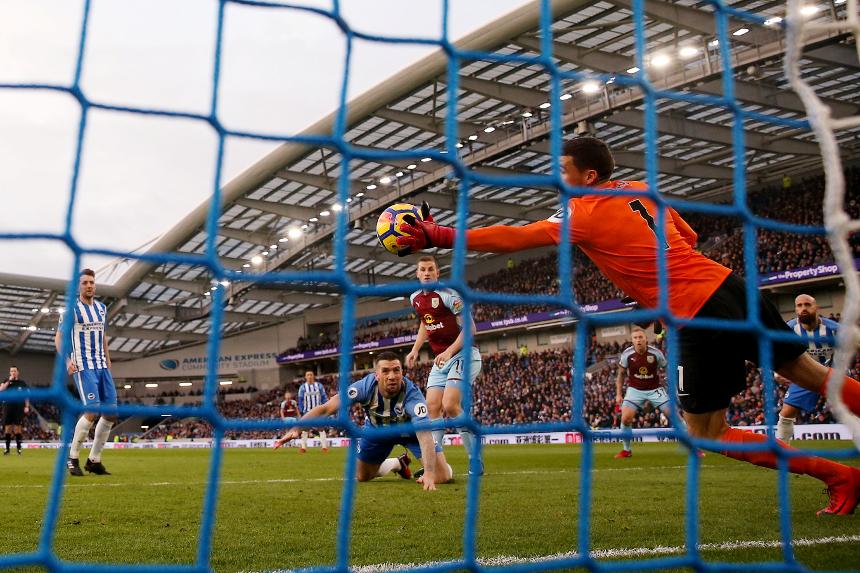 There were 23 shots but no goals as Brighton & Hove Albion and Burnley shared a lively goalless draw at Amex Stadium.

Glenn Murray missed the best chance of the match when he blazed his penalty kick over the bar, awarded for a foul by James Tarkowski on the Brighton striker in the 36th minute.

Burnley's Nick Pope had already saved from Lewis Dunk, Pascal Gross and Anthony Knockaert in a dominant first half for the hosts.

But Brighton needed their own goalkeeper, Mat Ryan, to star after the break to end a three-match losing streak.

Ryan saved three shots in quick succession and when Chris Wood finally beat him, the striker was adjudged to have been offside.