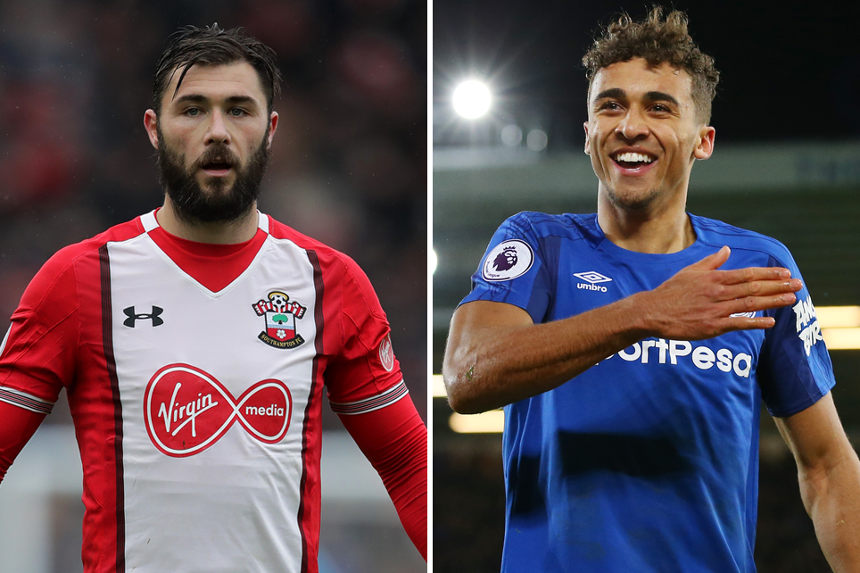 Points from cut-price options Charlie Austin (£6.1m) and Dominic Calvert-Lewin (£5.2m) have sparked a rush into the FPL market.

Both players are in the top four most-bought players ahead of Tuesday’s 18:45 GMT deadline for Gameweek 17.

Southampton’s Austin scored his fourth goal in as many matches with an early strike against Arsenal.

He was part of just over 97,000 squads for that match but has since collected another 49,000 owners, having fired 28 points from the previous four Gameweeks.

Austin has hit the target with six shots over that four-match spell – only Alexandre Lacazette (£10.3m) and Harry Kane (£12.8m) can better that among FPL forwards, with seven apiece.

Everton’s Calvert-Lewin is proving an even bigger temptation.

He gained an assist at Anfield on Sunday, having been fouled for Wayne Rooney’s (£7.3m) spot-kick.

The 20-year-old has started the last four matches for the Toffees, producing a goal and three assists over that spell.

Just under 63,000 managers have swooped for Calvert-Lewin ahead of Everton’s trip to Newcastle United in Gameweek 17.

Interest in this pair is indicative of FPL managers making big decisions with their strikers.

So why the change?

Kane’s brace of goals and 12 points in the win over Stoke City has ensured that he is second only to Nicolas Otamendi (£5.9m) for transfers in.

More than 75,000 managers have moved for the Tottenham Hotspur striker, who had been sold by 105,000+ ahead of Saturday’s encounter.

Managers are therefore turning to Austin and Calvert-Lewin as a means to free up the funds required for Kane.

Their confidence in Alvaro Morata (£10.8m) is fading.

Having failed to score in the 1-0 defeat at West Ham United, the Chelsea striker has a single goal in his last four Gameweeks.

One yellow card from suspension, Morata has been sold by 56,000+ managers since the weekend.

They have either swapped for Kane or have turned to Austin and Calvert-Lewin to free cash to fund moves for Otamendi and in-form midfielders.

The absence of Callum Wilson and Tammy Abraham (both £5.9m) from Gameweek 16 starting line-ups also had an impact on their ownership.

Wilson picked up almost 300,000 new managers after his hat-trick and 17 points for AFC Bournemouth in Gameweek 12.

Meanwhile, Swansea’s Abraham was part of almost a million squads at the same point.

But both have failed to find the net since and were named on the bench for their respective sides at the weekend.

The pair have lost over 65,000 owners even though they could earn recalls in Gameweek 17.