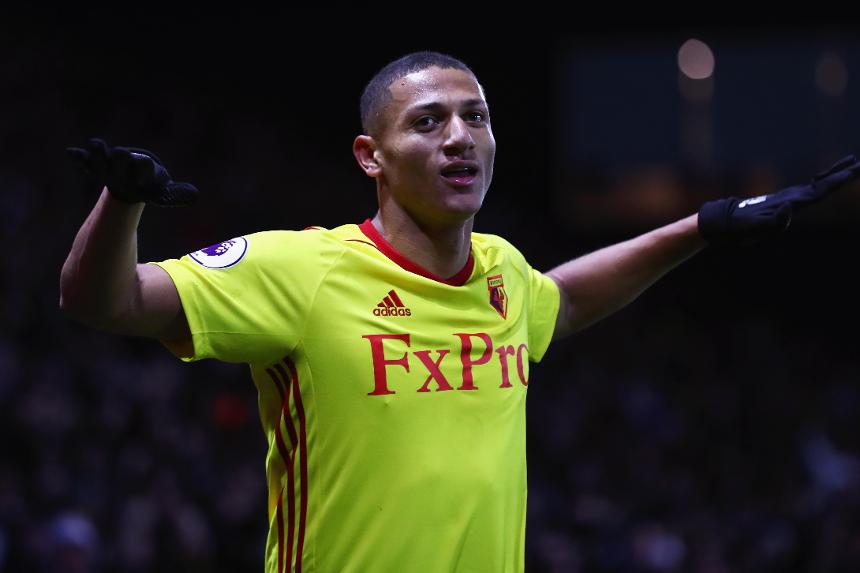 FPL Show Ep 18: Why Coutinho is hard to ignore

Richarlison (£6.6m) has been limited to only one assist from his last three Gameweeks but The Scout keeps faith in the Watford man to put him into his best XI for Gameweek 16.

He is one of three Brazilians who bring attacking flair to a 3-5-2 Fantasy Premier League line-up.

No FPL goalkeeper has supplied more points from saves (15) than Fabianski, having made a stop every 22.1 minutes. The Pole faces a West Bromwich Albion side who have recorded only 15 shots on target in away matches. Only Swansea City (10) have fewer.

The right-back has nine FPL assists from his last 23 appearances and that creativity will be key to breaking down visitors Stoke City on Saturday. No Tottenham Hotspur player has supplied more crosses (34) or created more chances (13) over their last four home matches.

The centre-back has helped Crystal Palace to successive clean sheets and collected eight bonus points in his last three Gameweeks. He faces an AFC Bournemouth attack who have created only three big chances - or gilt-edged opportunities - in away matches. Only Burnley (two) have recorded fewer.

The wing-back was rested for Tuesday's UEFA Champions League tie, indicating that he will be fresh for the trip to West Ham United. Alonso has fired a staggering 27 shots this season, more than any other defender and second only to Alvaro Morata (£10.8m and 43) for Chelsea.

The Brazilian replaces long-time selection favourite Mohamed Salah (£9.9m) in our XI on the back of his UEFA Champions League hat-trick in midweek. The 18-point return at Brighton & Hove Albion also underlines Coutinho's stunning form, with his 7.9 points per match (ppm) now bettering all outfield players.

Second only to Coutinho for transfers in ahead of Saturday's 11:30 GMT deadline, Hazard's form is also difficult to overlook. He is averaging 8.7 ppm over his last seven Gameweeks. That includes three goals and two assists in his last three road trips ahead of a visit to the London Stadium.

Arsenal's most consistent FPL performer, the Welshman has provided either a goal or an assist in six of his last seven Gameweeks. Ramsey has supplied 24 points from his previous three away trips ahead facing a Southampton defence with only a single clean sheet from their last 10 outings.

The Watford midfielder has dipped in FPL form but will be the big threat to Burnley at Turf Moor. Watford have scored two or more goals in each of their seven away matches and no player has had more touches in the opposition penalty area (60) on the road, while only Harry Kane (£12.8m) can better Richarlison (28 v 35) for shots in the box.

Two assists in the 2-2 draw at West Bromwich Albion in Gameweek 14 marked a return to form for the Newcastle player. Ritchie was a wing-back at Chelsea last time out but will likely return to an advanced role for the visit of Leicester City. The Magpies' number one player for chances created (26), Ritchie ranks second to Joselu (£5.5m) for shots on goal (30 to 32) among team-mates.

Back on the scoresheet with a brace at the Amex Stadium in Gameweek 15, Firmino has five goals and two assists in his last four starts in all competitions ahead of Sunday's Merseyside derby.

Despite failing to score at Watford last time out, Kane faces Stoke at Wembley with a goal in two of his last three Gameweeks. He also got a hat-trick in the corresponding fixture last season and has six career goals from seven appearances against the Potters. Kane is our Gameweek captain again.