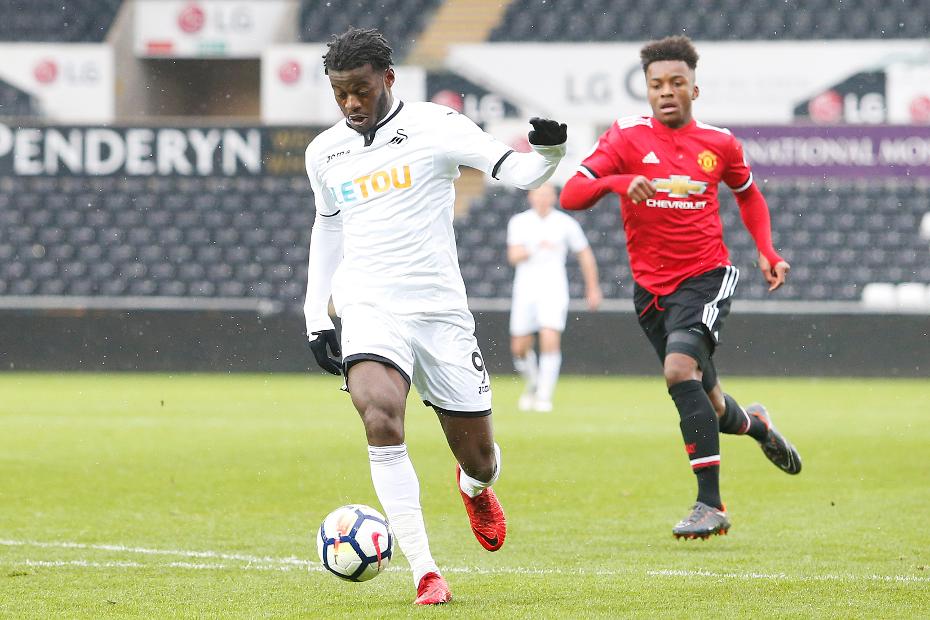 Striker gets a goal and an assist in 2-0 win over Man Utd, setting up a thrilling PL2 Division 1 title finale

Botti Biabi opened the scoring on seven minutes after great work by George Byers, who was named as a substitute in Swansea's FA Cup quarter-final defeat to Tottenham Hotspur on Saturday.

Biabi (pictured) then teed up Adnan Maric, who capped off a fine team move to double the hosts' lead in the 23rd minute at Liberty Stadium.

The Swans are in third place, two points behind Leicester and one adrift of their next league opponents, Arsenal.

Man Utd are bottom of the table, five points away from safety with three matches left.