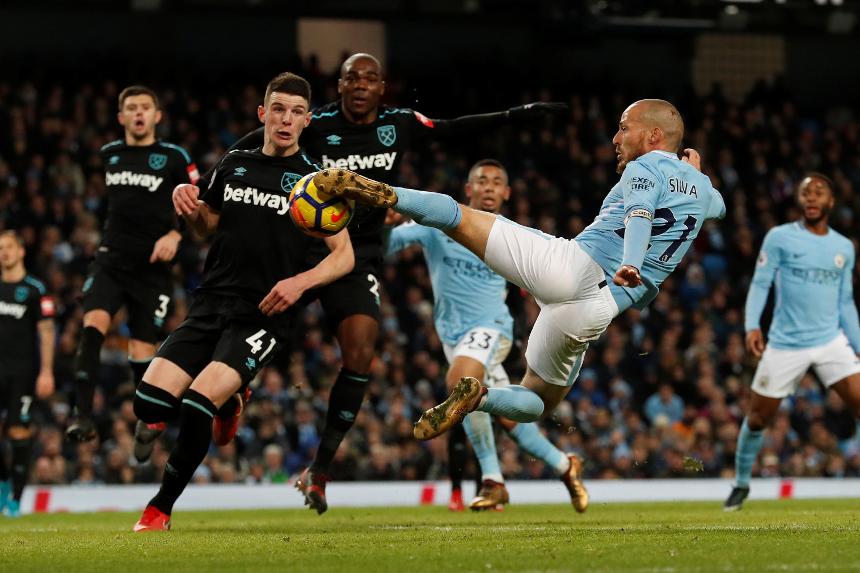 Manchester City’s 13-match winning sequence that equalled a Premier League record held by Arsenal and Chelsea has only been possible thanks to the never-say-die spirit of the team, with their last three victories coming thanks to goals within the final 10 minutes of matches.

David Silva’s 83rd-minute winner in their 2-1 victory over West Ham United on Sunday followed Raheem Sterling's goal against Southampton in the sixth minute of stoppage time in midweek and the winger's 84th-minute strike at Huddersfield Town.

Only three other teams have won as many PL matches in a row thanks to goals scored in the final 10 minutes of the match.

Most PL wins in a row from late goals

Manchester United dominated the first 20 seasons of the Premier League, with a reputation for late goals in what became known as “Fergie time” and City's head coach Pep Guardiola is happy his team are developing a knack for delivering late killer blows.

"I heard about the Fergie time, I was not here [in England] in that period but of course you have to have that," Guardiola said. "What we have shown in the last games is we never give up.

"If we can take something about the Fergie Time, it is welcome, a pleasure."