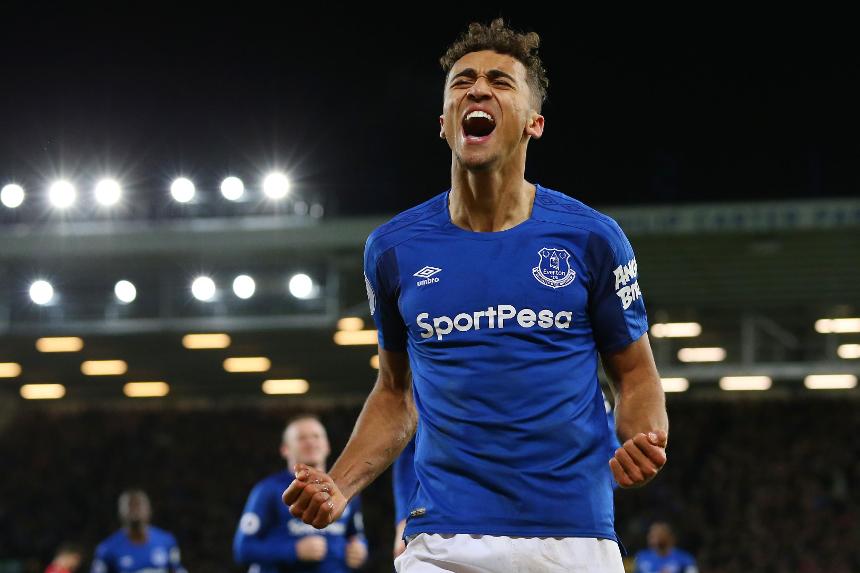 Struggling to fund moves for Hazard and Coutinho? Everton's cut-price striker could the be the solution

Saturday's performance from Dominic Calvert-Lewin (£5.2m) may have convinced both Sam Allardyce and Fantasy Premier League managers to show faith in the young striker.

The 20-year-old produced a goal and an assist in Everton's 2-0 win over Huddersfield Town to return 12 points.

He has been named in the starting line-up in each of the last three Gameweeks.

But he must continue to impress with fellow striker Oumar Niasse (£5.0m), who was on the bench at the weekend, now back from suspension.

Calvert-Lewin's display should ensure he is in the frame to start Sunday's Merseyside derby at Liverpool, and FPL managers have been quick to react to his potential.

The rush to Calvert-Lewin is perhaps because of the current attraction for premium-priced midfielders Eden Hazard (£10.8m) and Philippe Coutinho (£8.9m).

They scored 15 and 18 points respectively at the weekend and managers are busily freeing up funds to acquire their services.

Calvert-Lewin, at only £5.2m, is a ready-made solution.

Everton may offer another bargain in defence.

Consecutive clean sheets have put him on the FPL radar, with the young right-back also supplying an assist and 11 points in Gameweek 14.

Kenny is part of just 24,000+ (0.8%) of squads but, like Calvert-Lewin, he will gain more attention should he cement a starting role under new manager Allardyce.