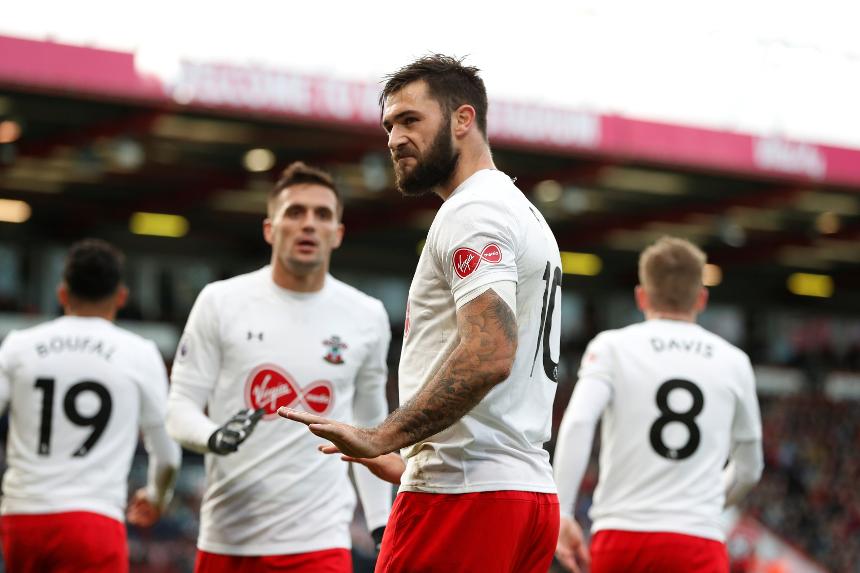 Ryan Fraser slotted in from Andrew Surman's pass after Saints defender Wesley Hoedt had been caught in possession.

But Austin, who made his name at the Cherries' non-league neighbours Poole Town, scored from Nathan Redmond's cutback on 61 minutes.

Austin headed narrowly over as Saints pushed for a second but the point leaves them 11th, two points and three places above their opponents.