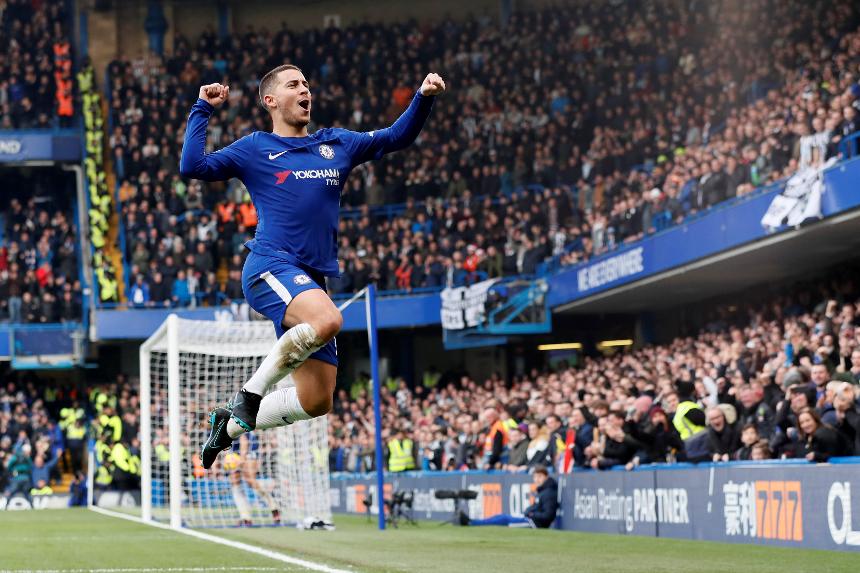 Eden Hazard struck twice as Chelsea came from behind to beat Newcastle United 3-1 at Stamford Bridge.

Newcastle took the lead on 12 minutes when Dwight Gayle pounced on a loose ball after Thibaut Courtois had dived at the feet of Jacob Murphy.

Chelsea edged ahead on 33 minutes when Victor Moses crossed for Morata's fifth, and his side’s ninth, headed goal of the season.

Hazard sealed the win with a 74th-minute penalty after Moses has been felled by Matt Ritchie.

Chelsea's fourth consecutive home win keeps them in third place, with Manchester United staying ahead after a win over Arsenal in the day's late match. Newcastle are 14th.