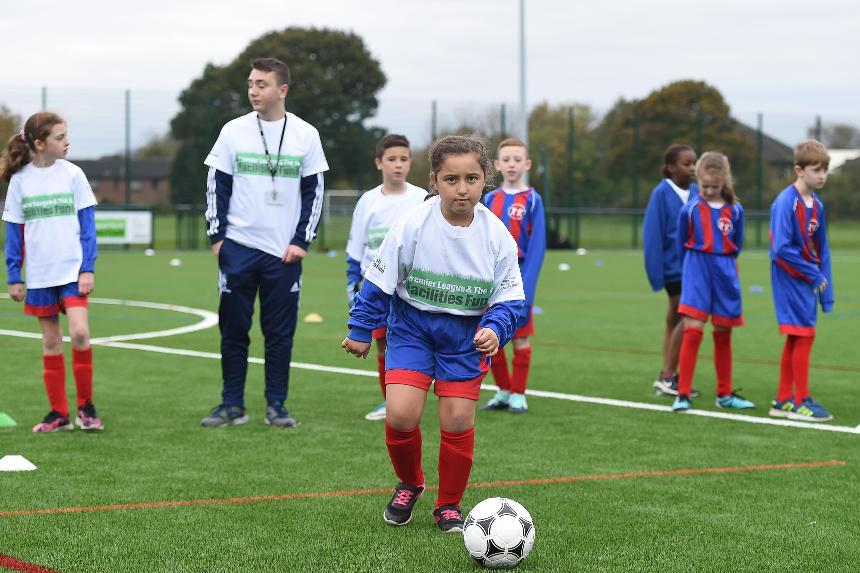 Getting females to remain active as they enter their teenage years is always a challenge.

"Once girls get to Year 9, the idea of running around is not something that always appeals," Kevin Green, the principal of Manchester Health Academy explains.

The Academy's hopes of keeping girls involved in sport have been boosted by a new floodlit 3G pitch at the school, which was opened by former Manchester United defender Denis Irwin.

Sixty new teams are expected to use the new facilities at the school, of which 29 will be female, with the South Manchester Girls League using the facility for training and fixtures.

"I want my Year 7 and 8 girls to become leaders on the pitch," Green says. "We have four values that we hold dear: excellence, aspiration, leadership and success. Those are values that it's very easy to attach sporting success to."

The Academy, a partner school of the Manchester United Foundation, specialises in health and sport science and the atmosphere around the institution and the local community changed once the floodlights were switched on in November.

"I leave around 8pm in the evenings and there's a real buzz about the place," says Green. "The pitch is on the road where everyone can see it and when it's lit up it looks fantastic.

"The facilities were pretty good but in winter time there were issues with the drainage and the surfaces weren't really conducive for coaching quality football.

"They weren't floodlit either and we weren't particularly prominent in the community from a sporting point of view."

While the new facilities, financed with a grant of more than £386,000 from the Premier League & The FA Facilities Fund, will serve the academy's 600 students, the aim is for them to become also a hub for community sport, increasing participation locally.

"There are more families talking about using them and that feeds through to local clubs too," Green says. "We have a real focus on promoting health in the area."

The Manchester United Foundation will also use the new facility to deliver curriculum and community-focused sports activities, including Street Reds, United's version of Premier League Kicks, which aims to give young people opportunities within the game.