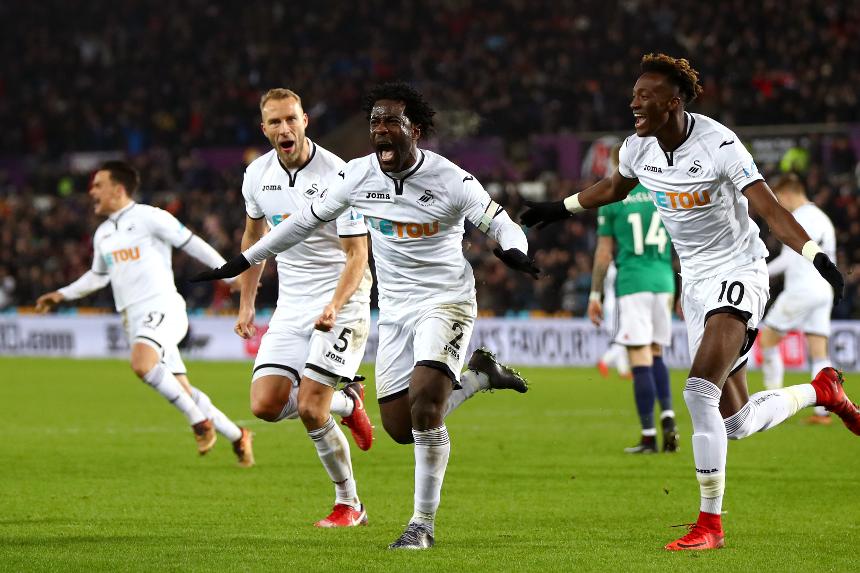 Wilfried Bony struck late on as Swansea City beat West Bromwich Albion 1-0 to climb off the bottom of the Premier League table.

The Ivorian striker smashed in an 81st-minute winner amid a goalmouth scramble to score in back-to-back PL matches for the first time in three years.

Swansea could have taken an earlier lead but Alfie Mawson missed with two headers before the post saved West Brom's Jake Livermore from an own goal.

But Bony's winner moved Paul Clement's side above Crystal Palace, who missed a stoppage-time penalty in a 2-2 draw with AFC Bournemouth.