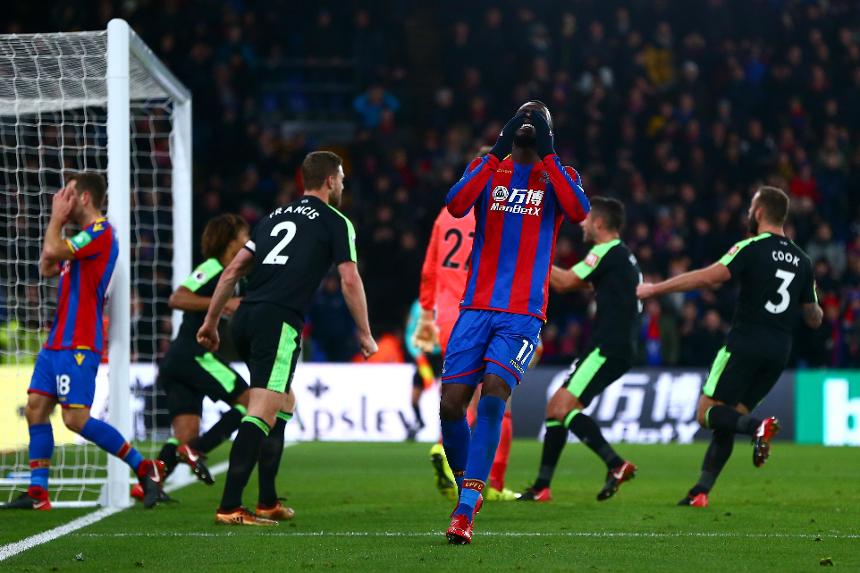 Christian Benteke missed the chance for Crystal Palace to claim a third win of the season when his stoppage-time penalty was saved by in a 2-2 draw with AFC Bournemouth at Selhurst Park.

Jermain Defoe gave AFC Bournemouth a 10-minute lead from a clever corner routine, but Palace fought back with two goals in three minutes.

Luka Milivojevic equalised with a penalty on 41 minutes after Asmir Begovic had felled Wilfried Zaha, then Scott Dann struck from close range.

But in first-half stoppage time Defoe levelled with an audacious shot.

Both sides had chances to win it but the best fell to Benteke from the spot, but the striker shot too close to Begovic after taking over spot-kick duties from Milivojevic.