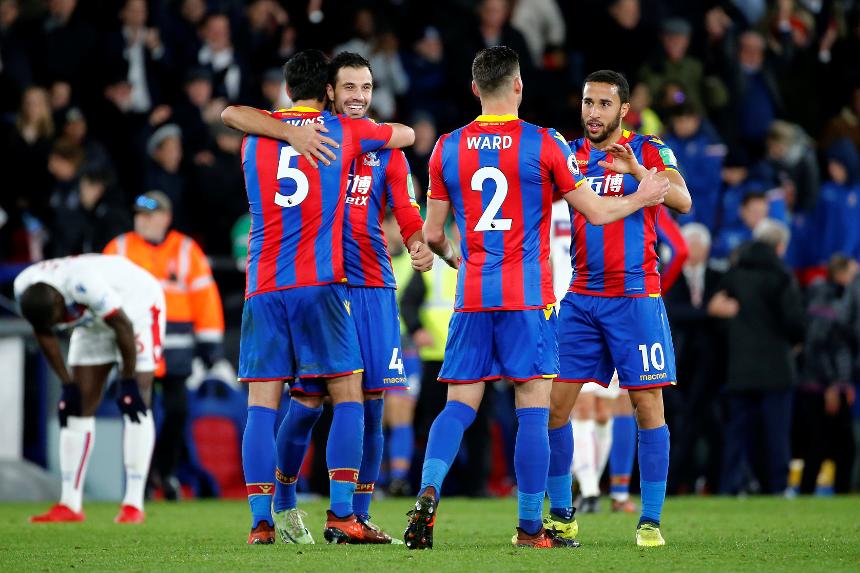 Crystal Palace goalkeeper Wayne Hennessey is back in training after missing the West Brom match with a back spasm.

James Tomkins, Scott Dann and Yohan Cabaye have also returned to training, as has James McArthur (virus), while Joel Ward (groin) is a doubt.

AFC Bournemouth have reported no fresh injuries ahead of Saturday's match. Tyrone Mings and Brad Smith remain absent and Adam Smith is suspended.

Crystal Palace have scored in each of their last four Premier League matches at Selhurst Park (two in each); they've only ever scored in five consecutive home PL fixtures twice before (Sept 1992 and Dec 1992).

The Eagles are yet to beat AFC Bournemouth at Selhurst Park in the Premier League (D1 L1), with their last home league win against them coming in April 1988.

AFC Bournemouth have scored only two goals on their last eight Premier League visits to London (D1 L7) and failed to score in their last four fixtures in the capital.

Palace first side to play out two consecutive goalless draws in the Premier League this season; the last side to string together three nil-nils in the competition were West Ham in December 2015.

Roy Hodgson: "We're desperate to give the fans the performances their support merits. There won't be a single game where I don't feel pressure to get a result."

See: Hodgson on Ward and McArthur

Eddie Howe:"We're looking to see whether we can beat Crystal Palace, having the players focused and prepared correctly for the game ahead of them."