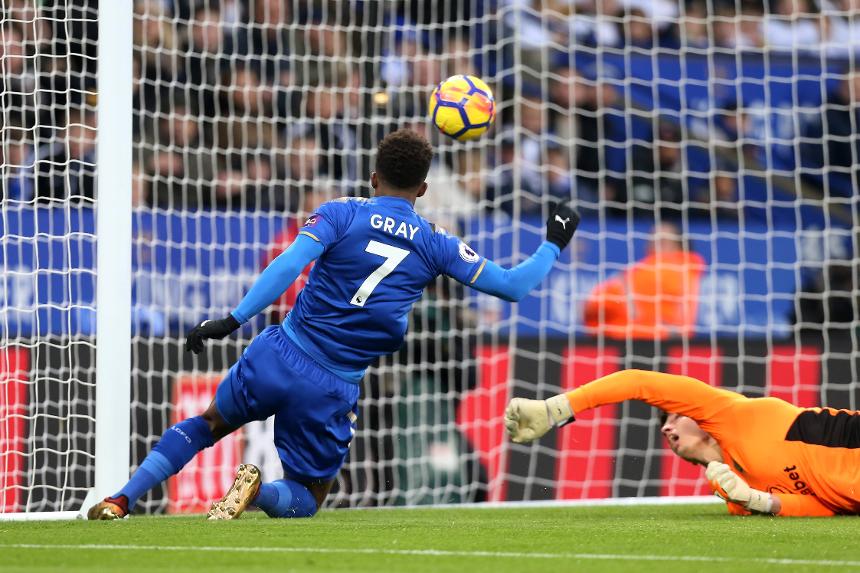 Demarai Gray scored the only goal as Leicester City edged past Burnley for their second win in a week.

After only six minutes Riyad Mahrez curled a cross into the box, which was parried by Nick Pope before falling to Gray, who bundled in before colliding with a post.

Chris Wood came close to equalising but his effort was smothered by Kasper Schmeichel.

Phil Bardsley thwarted Jamie Vardy with a superb tackle, while Gray was denied a second when his strike hit the woodwork.

Successive wins leave Leicester ninth, while Burnley, whose winger Robbie Brady was carried off on a stretcher in the first half, drop to seventh.