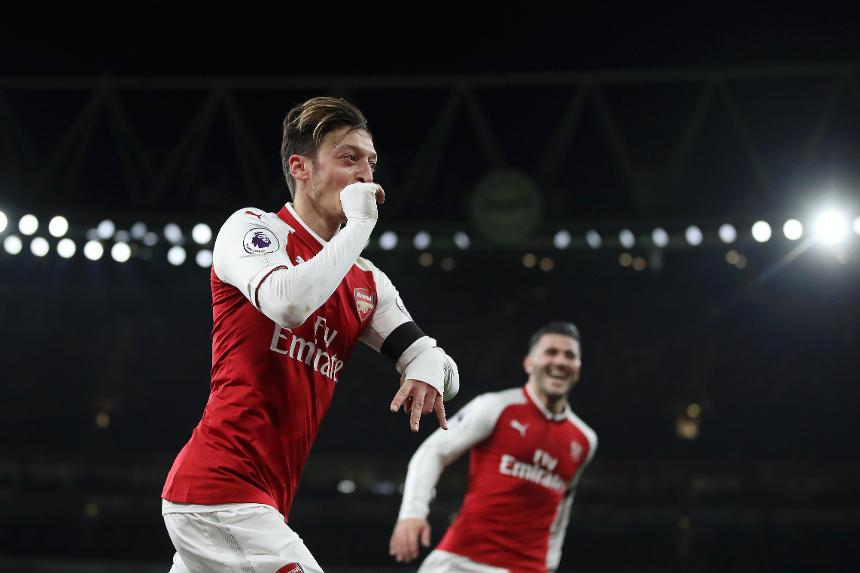 Wenger - Ozil and Alexis will stay in January External Link

After three minutes Alexandre Lacazette latched on to a neat flick from Aaron Ramsey to fire in his seventh goal of the season.

Then Ozil was picked out by Ramsey to dink the ball into the back of the net, leaving Giroud to confirm the three points with a late close-range effort.