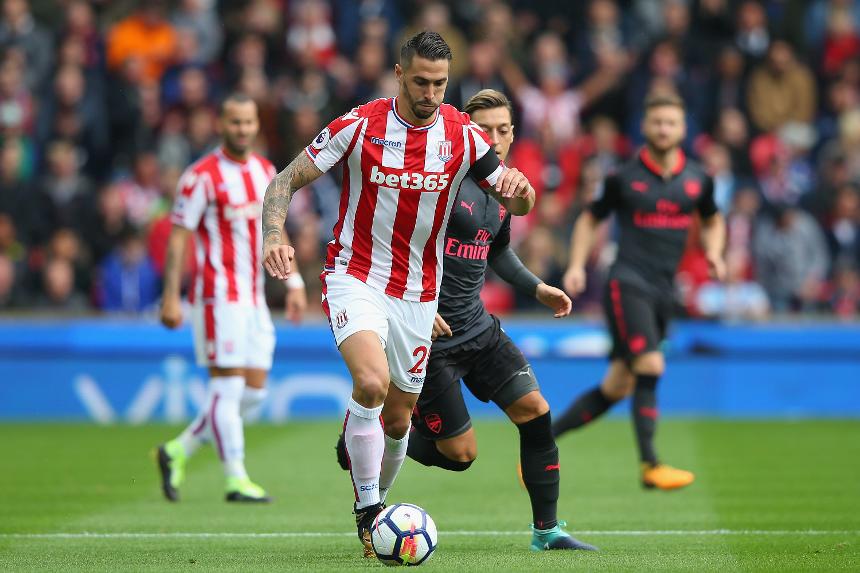 Stoke City have no new injury worries ahead of Saturday's match.

Eric Maxim Choupo-Moting is expected to be fit after taking a knock to his ankle in the loss to Liverpool in midweek.

Swansea City have Tammy Abraham available again after the on-loan striker was ineligible to face parent club Chelsea in Matchweek 14.

Kyle Bartley (knee) and Federico Fernandez (personal) are still out.

Stoke City are unbeaten against Swansea City in all six Premier League meetings at bet365 Stadium (W4 D2). Against no other side have the Potters played more PL matches against without defeat.

Stoke City have also scored in all six home PL matches against Swansea – only against Newcastle United do they have a better 100% scoring record at bet365 Stadium (7/7).

Wilfried Bony has scored five goals in his four appearances in this Premier League fixture. He netted twice in this exact fixture last season for Stoke, with the other three goals coming for Swansea.

Mark Hughes: "They have good attacking threats and they have a bit of pace about them too, so it is difficult to see why they are struggling."

Paul Clement: "We have a very important game coming up against Stoke. I think we need to treat it like a cup final."