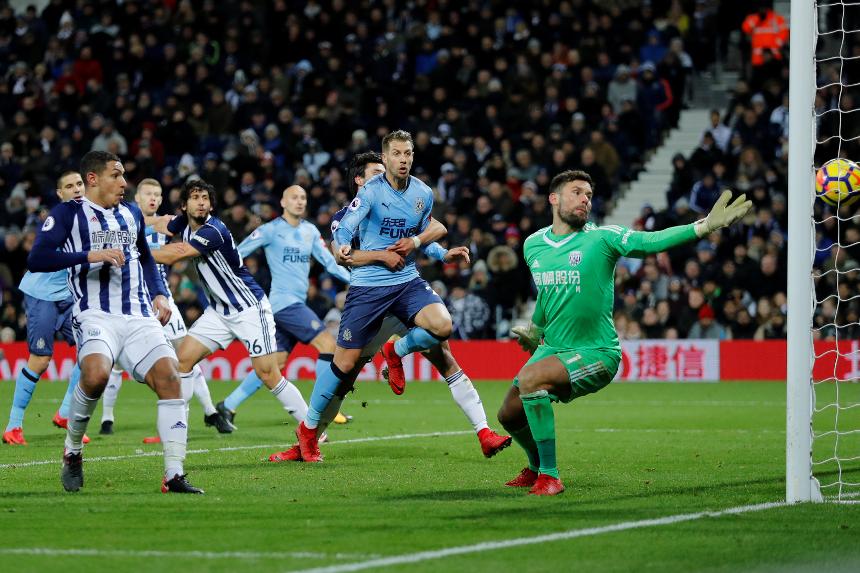 A late own goal by Jonny Evans helped Newcastle United come back from two goals down to snatch a point at West Bromwich Albion.

The hosts looked on course for a first win since August but were undone by two Matt Ritchie set-pieces.