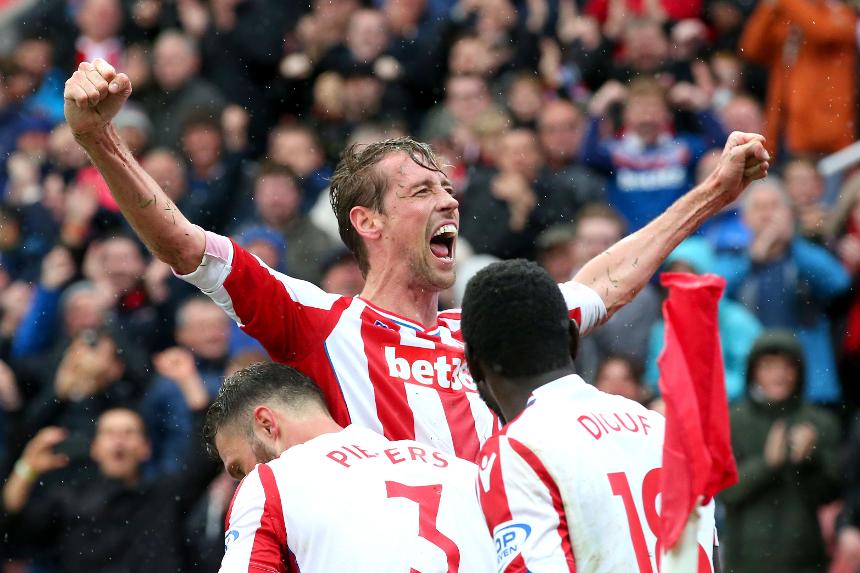 Peter Crouch says his love for life at Stoke City meant he had no hesitation in signing a one-year extension at the bet365 Stadium, which could pave the way for more Premier League records.

The 36-year-old is set for an eighth season at Stoke and insists it was an easy deal to agree to.

“I love working with the staff here, we have a great group of players who are hungry to succeed and I just love coming in on a daily basis,” he told Stoke’s official website.

“Obviously from the football side of things, the top six aside, I really don’t think there is anywhere else better to be, I genuinely do think we are the best of the rest.”

Crouch is the Premier League's leading scorer of headed goals and broke the record for most substitute appearances when he came on against Brighton & Hove Albion for his 143rd appearance off the bench.

He is also only one goal away from becoming Stoke’s leading Premier League scorer, being level with Jonathan Walters on 43.

The new deal would also give Crouch a chance to target Jermain Defoe’s record of the most Premier League goals as a substitute.

The AFC Bournemouth forward has 23 goals off the bench, eight ahead of Crouch.

Most PL goals as a sub