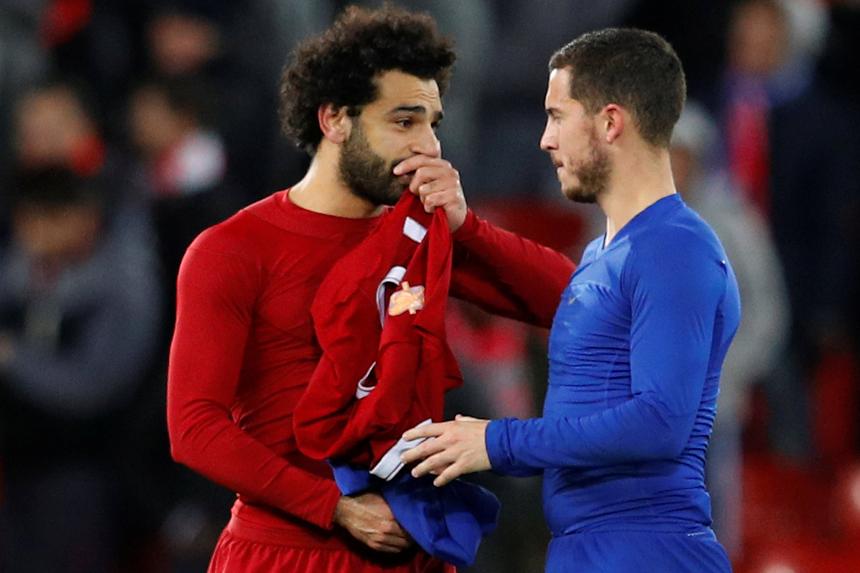 The top-scoring player in FPL, Salah slotted a 10th goal of the season in Saturday's encounter with Chelsea. But his seven-point total was not enough to better Hazard.

Chelsea's playmaker provided an assist, via a slide-rule pass for Willian's (£6.7m) equaliser, and picked up three bonus points to tally eight points.

Over the last four Gameweeks he has scored 40 points, a total bettered only by Salah (42).

Significantly, Hazard has claimed the maximum three bonus points in three of those four matches.

These are decided by the Bonus Points System (BPS), a range of statistics supplied by Opta that capture actions on the pitch, to create a performance score for each player.

The players with the top three BPS scores receive bonus points, with the maximum three points awarded to the player with the highest total.

Always at the hub of Chelsea's attack, his passing contributes to his total.

On Saturday he was one of four players to make more than 30 pass attempts and complete 90%+.

That immediately earns Hazard six points in the BPS, while Salah claimed only two, having completed 74% of his 42 passes.

Over the last four Gameweeks, he has provided 13 key passes, more than any other player.

The Belgian's dribbling ability also plays a part in his BPS performance.

Flair players who take on opponents lose a point when tackled by defenders. But when Hazard beats his man, he can counter these penalties.

At Liverpool, he was tackled seven times, with Salah totalling six. However, Hazard also completed 10 of 13 dribble attempts, leaving Salah lagging behind on five of eight.

No player has completed more dribbles in a single Gameweek this season.

That is further indication that - deployed up in attack along with striker Alvaro Morata (£10.6m) - he is showing confidence and irresistible form.

With Chelsea's next five opponents all scoring two in the Fixture Difficulty Rankings (FDR), Hazard could soon close on Salah in the FPL standings.