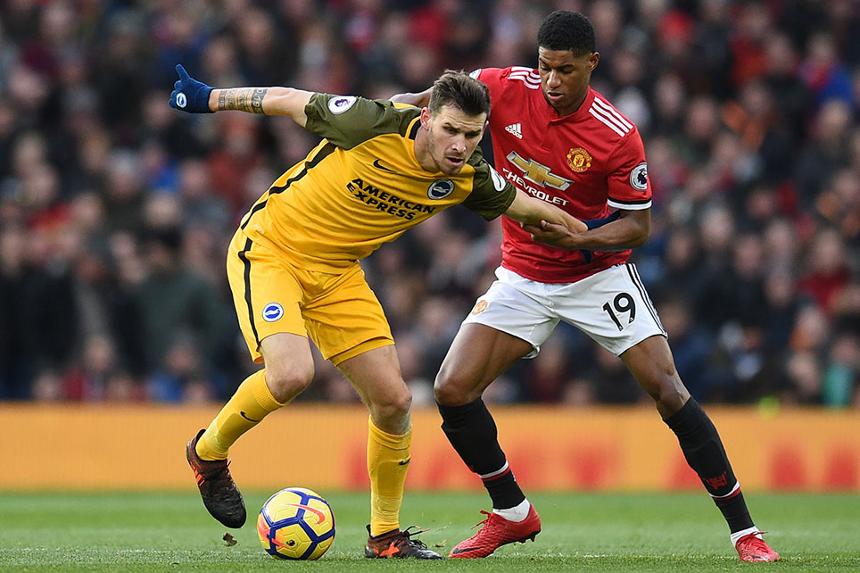 The Brighton & Hove Albion midfielder is now the top-ranked player - along with Harry Kane (£12.8m) - for bonus points on 14 overall.

These additional points are decided by the Bonus Points System (BPS), a range of statistics supplied by Opta that capture actions on the pitch, to create a performance score for each player.

Gross's all-round contribution for the Seagulls was recognised with a tally of 33 in the BPS.

His passing has been a key factor in helping him to bonus points this season.

At Old Trafford, Gross was one of only two players - with Antonio Valencia (£6.8m) the other - to make more than 30 passes and record a 90%+ completion rate.

That earned Gross six points in the BPS, with his two successful open-play crosses and three key passes contributing another five.

One of those key passes also created a big chance - or a chance where the receiving player should score - for Shane Duffy (£4.6m), earning Gross another three BPS points.

But he also excelled defensively.

No player in the match made more recoveries (11) or won more tackles (four) than Gross.

Indeed, no other Brighton & Hove Albion player has earned more BPS from net tackles - all successful tackles minus lost tackles.

Saturday's performance typified what has been an outstanding campaign for the summer signing.

Gross has produced three goals and five assists along with his 14 bonus points, ranking top for points per million (12.4) among FPL midfielders.

The Man Utd defeat proved that he can even deliver points even without goals and assists, suggesting that his 20.6% ownership will only increase further.

Gross sits fourth for transfers in ahead of Tuesday's 18:45 GMT deadline, having claimed over 66,000 new managers.