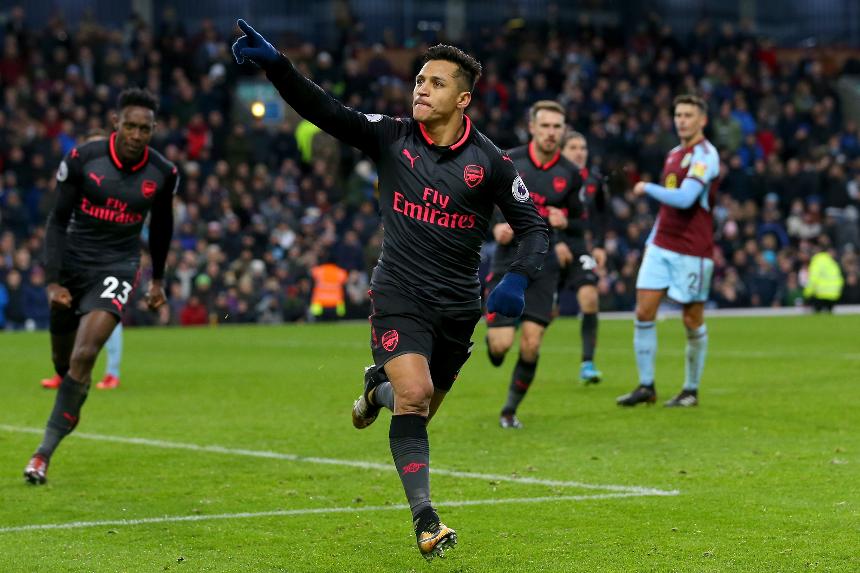 Get the latest update on Ozil External Link

Alexis Sanchez scored a last-gasp penalty as Arsenal claimed a late 1-0 victory over Burnley at Turf Moor for the second season running.

The match looked to be heading for a goalless draw until James Tarkowski was adjudged to have fouled Aaron Ramsey in the second minute of stoppage time and Sanchez slotted the resultant spot-kick into the bottom corner.

Ramsey and Nacho Monreal had missed chances for the visitors in the first half while Johann Berg Gudmundsson's powerful shot was brilliantly pushed on to the post by visiting goalkeeper Petr Cech.

The win moves Arsenal up to fourth place, a point behind Chelsea, while Burnley remain in seventh.