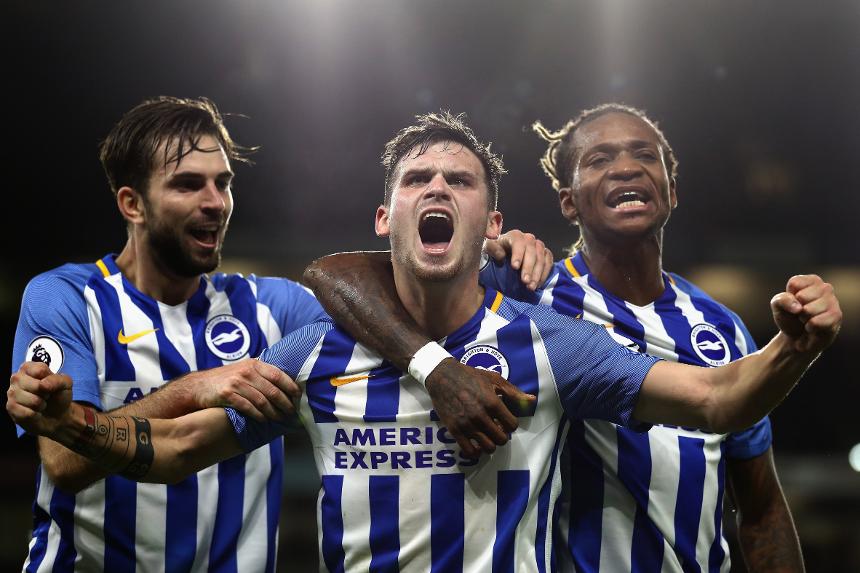 Potters pick up a point on the road External Link
Matchweek 12: What we learned

Brighton & Hove Albion are five matches unbeaten in the Premier League after twice coming from behind in a 2-2 draw against Stoke City at Amex Stadium.

Pascal Gross levelled on 44 minutes after Davy Propper beat four players and put in a cross.

But in first-half stoppage time Kurt Zouma restored Stoke's lead when he headed in his first goal for the club.

Brighton's Mat Ryan saved from Ramadan Sobhi and on the hour mark they equalised again.

Jose Izquierdo fired in from close range to earn a point for the Seagulls, who remain unbeaten at home since Matchweek 1.