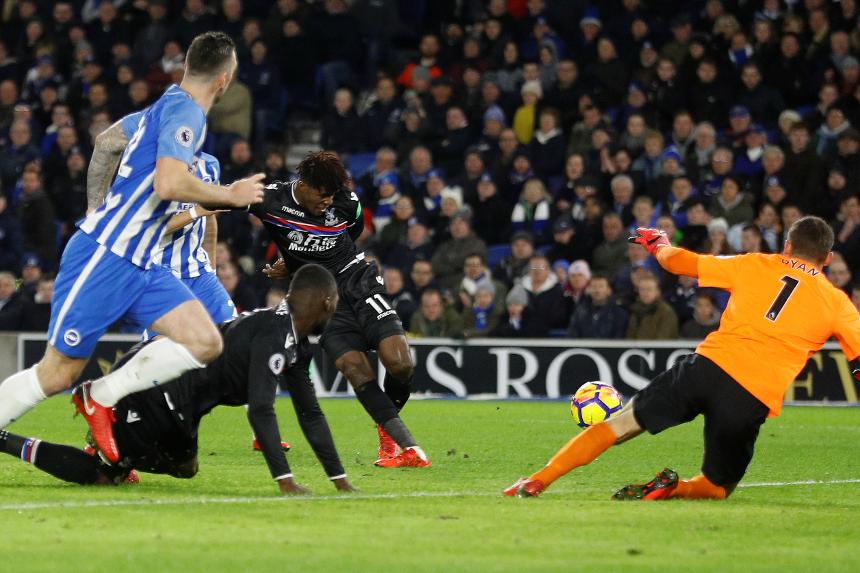 Crystal Palace stopped their run of eight successive Premier League away defeats but stayed bottom of the table after a 0-0 draw at Brighton & Hove Albion.

Wilfried Zaha had the Eagles' best first-half chance but could not force in the rebound after Christian Benteke's shot had been parried by Mat Ryan.

Ruben Loftus-Cheek passed up another opportunity for the visitors after the break, but the rival sides ultimately cancelled each other out in their first Premier League meeting.

Brighton extended their unbeaten run at home to six matches but dropped down to 10th, while Palace are level with Swansea City on nine points.