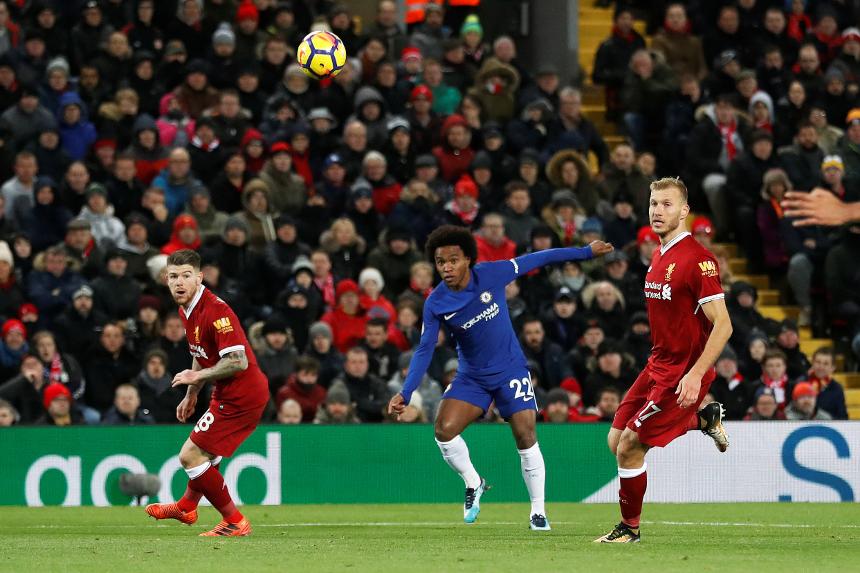 A late goal from Willian earned Chelsea a 1-1 draw against Liverpool at Anfield.

The substitute hit a cross-cum-shot that beat Simon Mignolet with five minutes remaining to cancel out Mohamed Salah's goal against his former club.

Salah gave a much-changed Liverpool side the lead on 65 minutes, scoring a PL-high 10th goal of the season from Alex Oxlade-Chamberlain's assist.

Liverpool were on course for a win that would have taken them fourth, level with their opponents, until Willian struck.

Just two minutes after coming off the bench the Brazilian scored to extend Chelsea's unbeaten run at Anfield to six matches.